TIRANA -- On the local elections held in Albania on Sunday, which was boycotted by the opposition, only 21.6 percent of citizens exercised their right to vote.

TIRANA -- On the local elections held in Albania on Sunday, which was boycotted by the opposition, only 21.6 percent of citizens exercised their right to vote. 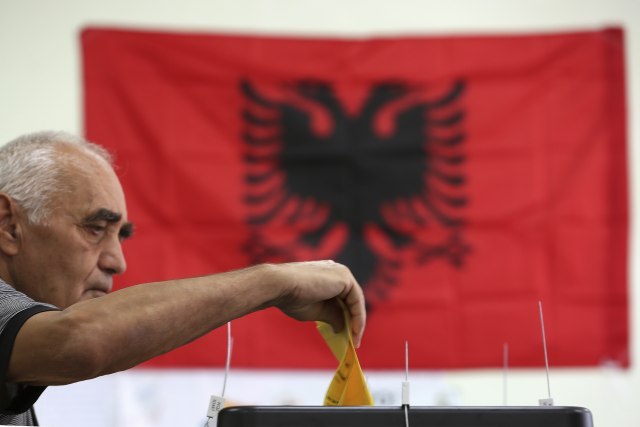 The elections were held in the tense atmosphere due to the fear of potential incidents, that were avoided.

Apart from the low turnout, those elections will be remembered by the boycott of the opposition that happened for the first time after the fall of the Communist regime in the country back in 1990, Macedonian web portal a1on reports.

Albanian Prime Minister Edi Rama stated after the elections that "this day was historical moment for Albania, as the state secured its future, citizenship and hope".

"June 30th was a historical date in Albania that went through some serious political tensions for the last couple of months, that threatened to stop the progress we've made and the integration of Albania into EU. Today, future and hope had won. Decent European Albania had prevailed", Albanian PM stated.

Rama added that the opposition will always has his support for reaching agreement on resolving political crisis, but without any conditioning.

On the other hand, Albanian opposition leader and the leader of the major opposition Democratic Party Lulzim Basha said that 85 percent of Albanians had rejected the one-tier voting, thus "abandoning Edi Rama".

"The Albanians had massively abandoned Edi Rama's game. This is the parody of democracy, the Constitution and the state of law", Basha added.

Local elections in Albania were held under high tensions after the Albanian opposition had left the Parliament in February, and commenced their political activities on the streets of Tirana, demanding Edi Rama's withdrawal, the formation of transitional government and calling general elections.

Due to political tensions and mass protests of the opposition, Albanian President Ilir Meta had annulled the decree on holding elections on June 30, underlying that he will not allow election process to be carried out without opposition, and due to fearing potential civil conflicts.

Ruling Socialist Party and Prime Minister Edi Rama regarded such decision as unconstitutional and made a promise to the citizens that the elections will be held despite the wishes of the president or the opposition.

European Union and USA had recognized yesterday's day as election day in Albania and took part in the elections through their observer's missions composed of 150 OSCE representatives, 20 representatives of the US Embassy in Tirana and four representatives of Italian and British embassies in this country respectively.