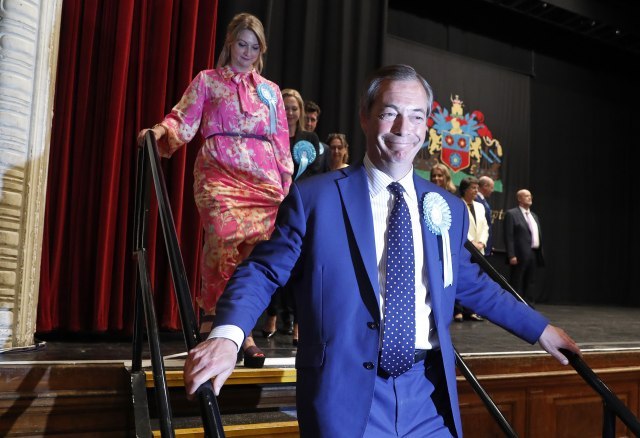 Farage today asked for a seat in the negotiations on UK's exit from the EU, and warned that he would otherwise "turn British politics upside down," Reuters is reporting.

Out of a total of 64 seats the UK will have in the EP, the Brexit Party won 28, the Liberal Democrats 15, the Labor Party 10, the Greens 7, the Conservatives 3 and Plaid Cymru one.

Farage said that two main British parties "can learn a huge lesson" from this election - adding: "Though I doubt they will."

He also said that the date for the UK to finally leave the EU should be October 31.

Farage is in favor of his country leaving the EU without an agreement.