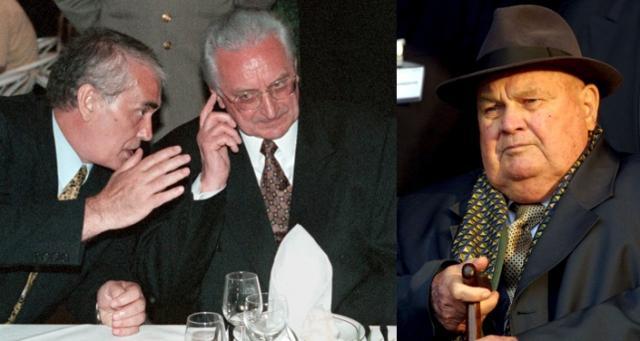 Their guilty verdicts for the persecution of Muslims (Bosniaks) in Bosnia-Herzegovina from 1993 until 1994 were confirmed, as well as the prison terms, ranging from ten to 25 years.

In the statement, the Prosecution said that the Appeals Chamber "confirmed that the six accused, together with then-senior leaders of the Republic of Croatia, were key participants in a joint criminal enterprise to ethnically cleanse Bosnian Muslims through the commission of crimes against humanity, grave breaches of the Geneva Conventions and other war crimes."

The judgment also confirmed that members of this criminal enterprise "shared a common purpose to seize control over claimed territory in Bosnia-Herzegovina by forcibly displacing tens of thousands of Bosnian Muslims to facilitate a unification of Croatian people in Croatia and Bosnia-Herzegovina."

The ruling further upheld the Trial Chamber’s findings that "key members of Croatia’s then-leadership, including President Franjo Tudjman, Defense Minister Gojko Susak, and Janko Bobetko, a senior general in the Croatian Army, shared the criminal purpose to ethnically cleanse Bosnian Muslims and contributed to realizing that goal," the Prosecution said.

In the commentary, it added that the ruling "affirmed that there was an international armed conflict because Croatia exercised overall control over the (Bosnian Croat Defense Council) HVO, which committed widespread crimes as proven in this case."

Apparently alluding to the current authorities in Croatia, the Prosecution added that "responsible officials should promote acceptance of these facts as the foundation for reconciliation."

"While these six accused have been held accountable for this campaign of ethnic cleansing, more senior- and mid-level officials and commanders must still be brought to justice for these crimes. Many are within reach of Croatian judicial authorities," the statement said, and concluded:

"The Office of the Prosecutor expresses its full support to the State Attorney’s Office of Croatia, and expects it will urgently process these cases. The Office also calls upon Croatian authorities to allow the justice process to move forward independently and impartially, including by facilitating regional judicial cooperation."

After the judge announced that the first-instance ruling had been upheld, one of those convicted, 72-year-old Slobodan Praljak, who during the war served as HVO's chief of staff, committed suicide by drinking poison in the courtroom.

Later in the day in Zagreb, Prime Minister Andrej Plenkovic said that his government was "dissatisfied and expressing regret" over the ruling that confirmed the original verdict form 2013.

The Croatian government thinks that the judgment "alludes in the wrong way to the role of Croatia's state leadership in the war in Bosnia-Herzegovina," he said.

Plenkovic said that the government thinks that in those war events, Croatia's top state leadership "could not have been connected, in any way, to the facts and interpretations, the way they were attempted to be interpreted in the 2013 ruling."

"We wish to say that it is absurd than no final ICTY ruling for Bosnia-Herzegovina determined the responsibility of then state leadership of Serbia for their participation in a joint criminal enterprise aimed at establishing 'a Greater Serbia' through committing a series of gravest international crimes in Bosnia-Herzegovina, as we had the opportunity to attest last week, when the verdict was announced against Ratko Mladic," he said.

"The Croatian government will consider all legal possibilities in order to contest certain conclusions from today's ruling," Plenkovic said on Wednesday.

He also stressed that the Hague Tribunal "puts individuals, not states on trial" and that, "from that point of view, for Croatia there are no elements that would influence its responsibility."