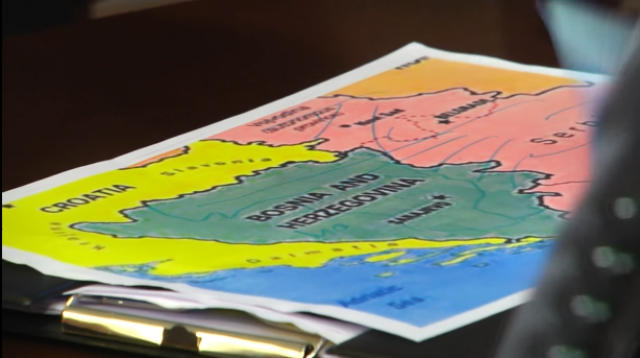 "What I said can be considered as my own opinion, that is, my hypothetical reply to a hypothetical question. Nothing more. The official position of the Serb Republic in that regard is known: we do not recognize Kosovo and respect Serbia's territorial integrity," he said, and added:

"It is absolutely clear that the RS thinks - if any definitive decision-making on this is launched in Serbia - that the issue of the RS should also be put on the agenda. I repeat, this was hypothetical. It can now be used and abused by anyone to their liking. There are various opinions on every issue, while the official position is what is public and what is respected."

Dodik also stressed that Banja Luka has been with Serbia on the issue from the beginning and that it is impossible for two almost identical cases to be viewed differently, and to be said that while Kosovo can be independent, the RS cannot.

"The key issue is not Kosovo, but the RS, which I wished to underline. Therefore, it is impossible to talk about somebody separating Kosovo, while the RS remains in Bosnia-Herzegovina. That's the basic message both of that map of mine, and of my position. Therefore, to the hypothetical question - what if Kosovo is separated, if that's possible at all, if that's the constellation of relations - then the question for us becomes - what about the RS? That's the key question. Of course, I still think that way," Dodik stressed.