After the warning that the capital of Israel would be attacked, and after the sound of warning sirens, Tel Aviv was rocketed. Shortly afterwards, Ashkelon, too. 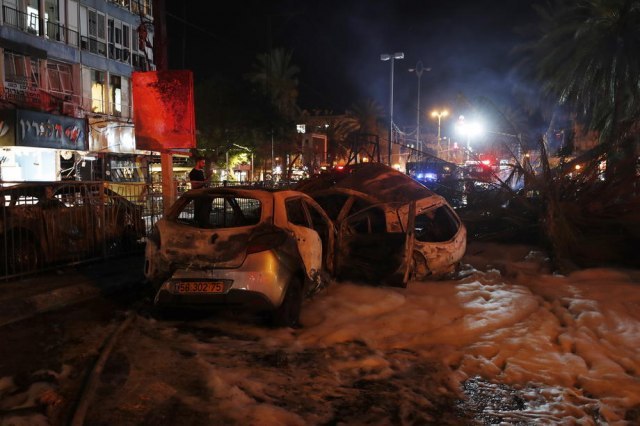 Israel has received an ultimatum to withdraw its forces from the Al-Aqsa Mosque and the Sheikh Jarrah settlement in "the occupied eastern part of Jerusalem by al-Quds."

After that, alarm sirens sounded in the capital Tel Aviv.

Prime Minister Netanyahu announces that the attack on Gaza will continue in full force, while the Minister of Defense of Israel states that this is just the beginning.

It should be reminded that the Palestinians launched dozens of rockets from Gaza early this morning, and Israel retaliated with new air strikes. The Israeli army announced this morning that in response to the shelling from the Gaza Strip on Israel, it targeted 130 targets in the Palestinian territory that belong to Hamas. At least 15 members of Palestinian armed groups have been killed in the Gaza Strip.

The military also confirmed that it had carried out dozens of airstrikes on the Gaza Strip overnight, targeting military installations and members of Hamas.

🇮🇱⚡️🇵🇸 Tension is rising between Israel and Palestine.

JUST IN - Massive explosion after a direct hit near Ashkelon, Israel.pic.twitter.com/d1xH1TSR80

This is Ben-Gurion airport in Tel Aviv, a civilian airport. Hamas, funded and provided weapons by Iran, is launching rockets in hopes of killing innocent people or downing a plane. pic.twitter.com/PgacsYVzkG