The chaos has already started

The police banned the Jews to enter the area of the Temple Mount within the Old City in Jerusalem, while planned parade of Israeli nationalists was considered. 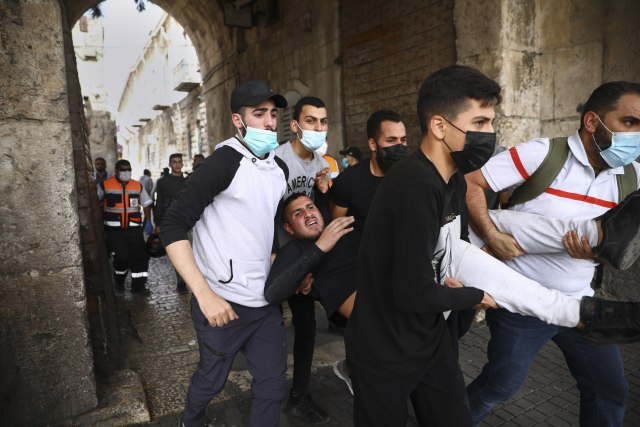 Earlier, warnings from the security forces followed that the "flag march" could lead to a further escalation of violence, the Times of Israel reported, adding that riots had begun.

The big clashes started this morning on the Temple Mount, when the police stormed the area after thousands of Palestinians gathered there during the night, and during that time they were collecting stones and various hand-made weapons.

The police were attacked and immediately responded with the shock bombs, and the tens of protesters threw stones from the temples south of the complex, but no one was injured, and there was no material damage.

Violent clashes broke out between Palestinian protesters and Israeli police on Sunday night, with at least 25 people injured and 23 arrested. The Temple Mount is a holy place for both Israelis and Palestinians. This is the site of the Al-Aqsa Mosque, the third holiest place in Islam, and the Jews respect it as their holiest place, where both biblical temples stood, adds the Times of Israel.

"After the security assessment we made recently, police chief Kobe Shabtai decided not to allow visits to the Temple Mount at this time," the police said in a statement today, and the ban referred to the entry of Jews.