Several people were injured this morning in the collision on the corner of Nemanjina and Knez Milos Street. Three dead. One vehicle nailed to the Government 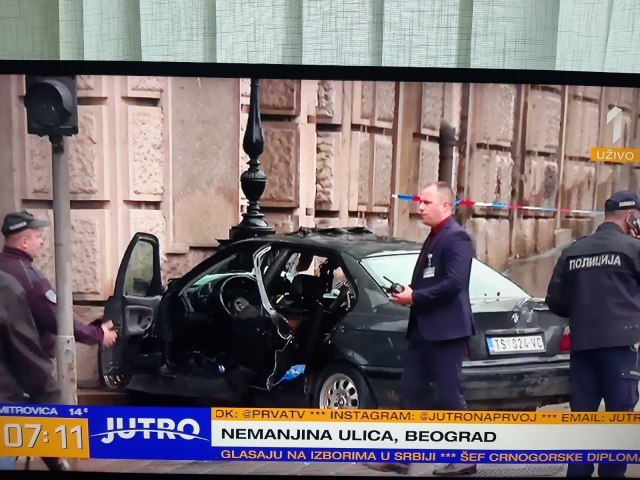 As Dr Nada Macura from the Emergency Center reported to TV Prva, according to the information at her disposal, that nine people were transported to the Emergency Center, two of whom suffered life-threatening injuries. Two more people are in serious condition. One child was among the injured.

The accident happened around 6 am when a van and a passenger vehicle collided. According to the first shots from the scene, due to the force of the impact of the passenger vehicle and the van, the car crashed into the wall of the building of the Government of Serbia.

Fire and rescue units are also on the spot.

The media speculate about the number of victims. According to some information from Dr Macura, one person died on the spot. This is a man about 30 years old. Other media reported that three people were killed.

The Ministry of the Interior then confirmed that two people were killed, and a few hours later, the media reported that another person had died - the driver of the "BMW", a 42-year-old man.

Also unofficially, the injured child is about two years old and he is in critical condition.

According to the media, there were four people in the passenger car, and five in the van.