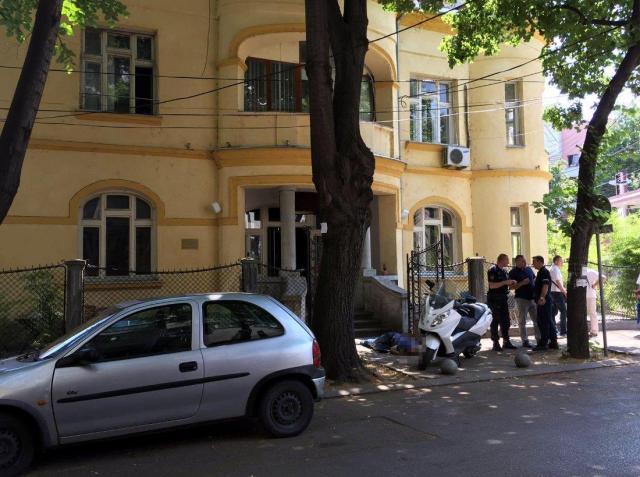 The scene of the attack (Juzne Vesti)

The incident happened at around 11:00 hours CET in front of the Pandora cafe.

According to the local website Juzne Vesti, eyewitnesses said they heard several bullets fired - but nobody saw who the shooter was.

The daily Blic said the victim to die on the spot was 33-year-old Zarko Savic aka Centa, while 36-year-old Aleksandar Barjaktarevic aka Sasko Ludak succumbed to his wounds later in the hospital.

According to early reports, the shooter waited for the two men at the entrance to the establishment, shot at them, and then escaped on a motorcycle.

Blic, however, said there were two perpetrators who used a scooter for their drive-by attack before disappearing "in an unknown direction."

According to unofficial information, both Savic and Barjaktarevic were in the past arrested for various crimes, and for this reason, the police treat the liquidation as a showdown between criminals.

Juzne Vesti is reporting that the victims came to the cafe from a nearby court where they attended a hearing.