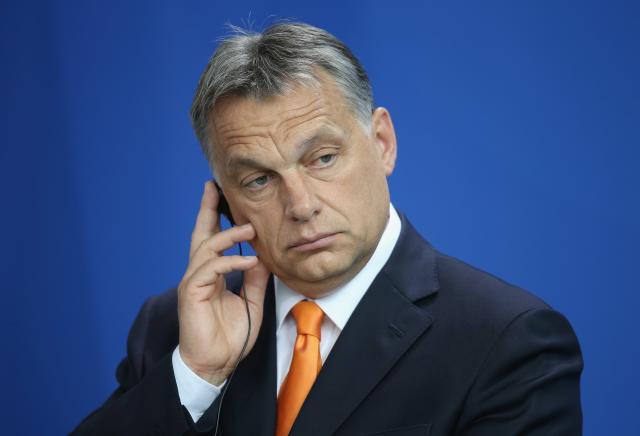 "We are begging Mr. Erdogan submissively for security on our borders, in exchange for money and promises, because we can’t protect them ourselves. This is making Europe's future and security dependent on the goodwill of Turkey,," Orban told German daily Bild, Reuters reported.

"Brussels is making promises to the Turks that we can't keep - or don't want to keep. The plan to take in hundreds of thousands of refugees from Turkey and distribute them across Europe is an illusion," he said, adding that if his country did this - "they would tie me up on the flagpole here in Budapest".

Reuters noted in its report that the EU this month approved an EUR 3 billion fund for Turkey "to improve living conditions for refugees there in return for a promise to ensure that fewer of them migrate on to Europe."

The agency describes Orban as "one of the most outspoken critics of German Chancellor Angela Merkel's welcoming stance towards refugees," who on Wednesday announced plans for a referendum on EU plans to create a system of mandatory quotas for migrants.