Montgomery: Only one person in the region is strong enough to reach Kosovo solution 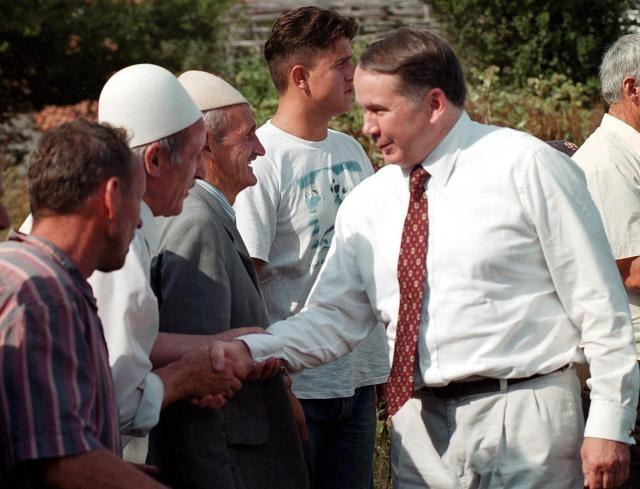 According to him, he believes that it is questionable whether international forces and internal Kosovo-Albanian divisions will enable that.

He points out that the President of Serbia, Aleksandar Vucic, is the only person in the region who has the strength and desire to reach a good solution to this problem.

"Your president is a strong leader who understands international politics very well and he is the only person in the region who has the strength and desire to reach a good solution to this problem. The question is whether international forces and internal Kosovo-Albanian divisions will enable it. "I am pessimistic," Montgomery told Tanjug.

He also notes that he has great respect for the EU Special Envoy for dialogue, Miroslav Lajcak, who, as he says, he has known for more than 20 years.

"If any envoy has a chance to reach an agreement, it is him," Montgomery said.

Asked how he sees the role of the United States in the process of reaching a final solution and whether the White House will cooperate with Brussels, and whether some independent initiatives from the White House can be expected, Montgomery said: "Thank God, the current US administration will accept the agreement that Lajcak will reach", he says, noting that it should be borne in mind that the US foreign policy community strongly supports the Kosovo Albanians and will do everything it can to prevent any mutual agreement.

When asked how he sees Serbian state policy at the moment, taking into account regional and international circumstances, but also internal - obstruction of the election of the opposition with the aim of delegitimizing the government, for which they receive support from some European addresses, Montgomery reminds that for 30 years, he opposes any boycott of elections.

According to him, the boycott is counterproductive.

According to Montgomery, the fact that they refer to problems with the media and other similar issues is just an excuse for their weakness.

"Even if they get support from some human rights organizations and the like, it won't be nearly enough for the real help they need. They have to help themselves", Montgomery concludes.