Pristina-based Gazeta Express published photos of the alleged indictment of the suspects in the murder of Oliver Ivanovic, as well as some of its contents 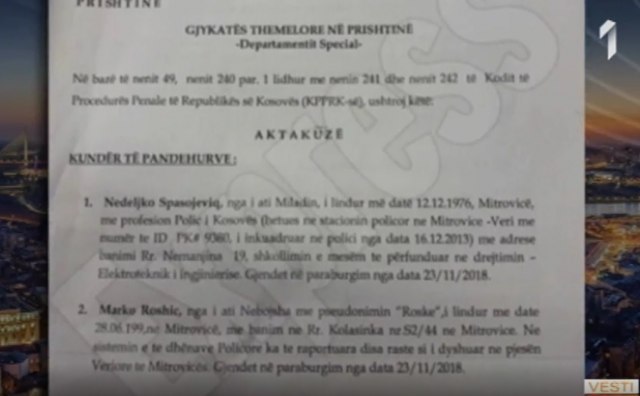 For today, they have announced an "exclusive" statement from a protected witness.

According to the indictment, the first suspect, Nedeljko Spasojevic, a former police officer, facilitated suspects' actions and secured the way for them after the murder.

Officers Zarko Jovanovic and Dragisa Markovic allowed the evidence found on the spot when Oliver Ivanovic was killed to be tampered with.

Police officer Rade Basara cooperated with a criminal group organized by Milan Radoicic, from whom he received orders to cover up and eliminate all evidence and to never clarify the crime.

Marko Rosic had been following Ivanovic, and evidence about it was found in his jeep.

Oliver's secretary, Silvana Arsovic, is suspected of helping the perpetrators because she knew the cameras in front of the party's heaquarters were forcibly turned off and thus made it easier for them preventing the recording of the murder, Pristina based Gazeta Express newspaper reports.