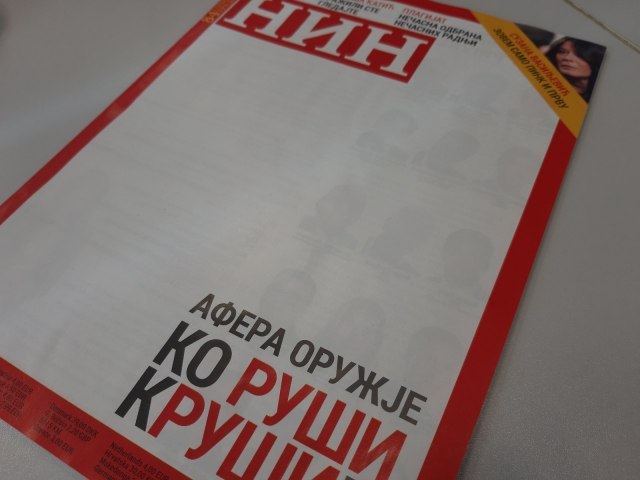 Asked why he was sorry, Vucic said: "I am sorry because it perfectly speaks of those who would like to lead Serbia in a different way and those who say that they are being offended, while they call me a psychopath, they say I have AIDS, they asked if my blood has been sent for toxicology tests at the time when the doctors at VMA are trying to resolve another heath matter".

He said the front page was put on purpose and asked why they were ashamed of it now. "What else will Djilas, Obradovic do than call for murder ... How they are supposed to win? ... It was composed by Dragan Djilas, obsessed with power and money", Vucic said.

He added that the front page shows the nervousness of the people who follow into the footsteps of Tabloid Milovan Brkic's politics, noting that every word they utter, as he calls them, "flyover" Marinika Tepic and Dragan Djilas, can be read in Tabloid. "Brkic is a man who represents the archetype of the world's worst extortioner and a fervent racketeer", Vucic said, Tanjug reports.