General Ratko Mladic was transferred back to detention unit in Scheveningen from the Hague hospital, his son Darko said for Tanjug 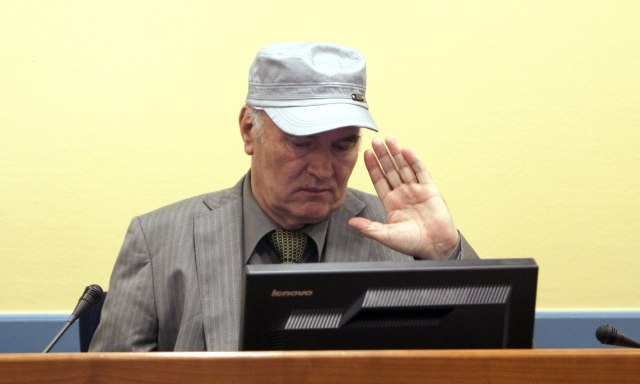 Darko Mladic said that he talked to his father from detention unit and that he is feeling well now.

Mladic got sick during his wife's visit on Wednesday, while she also visited him in the hospital on Thursday.

"He told me that doctors informed him that there are no new heart related problems and that they didn't scanned his head", Darko Mladic reported, adding that he is still unfamiliar with diagnosis of his father's health condition, as he was not presented with medical records.

Ratko Mladic is in the Hague Tribunal prison since June 2011.

On November 22, 2017, he was sentenced to life time imprisonment for committing war crimes in Bosnia-Herzegovina, while his defense attorneys had filed complaint to this decision.