President "appreciates" US ambassador's statements - but...

President Aleksandar Vucic said on Thursday that he "appreciated the statements made by US Ambassador Kyle Scott." 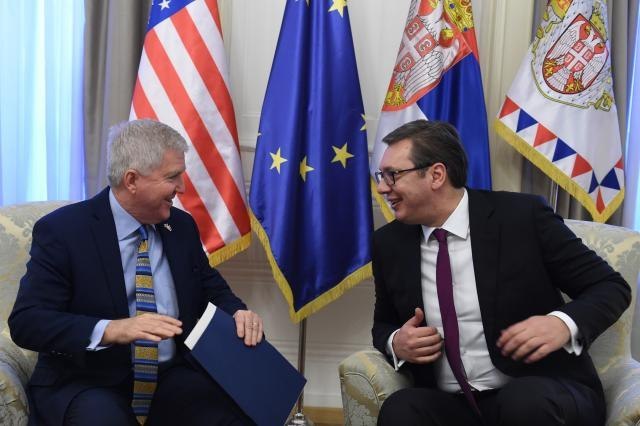 Vucic also "stressed that Serbia has its own views."

"It's important what the US ambassador is ssaying, we respect that and appreciate it, but we have our own views," Vucic said when asked about the statement of Kyle Scott made about his country, the United States, not accepting the idea of ​​delineation (with Kosovo) " in order to create ethnically pure states" - as well as him saying that "Russian agents are active in the area of Serbia."

He added that Belgrade "has always been one of the key places for global secret agents" - which is why it is important that there are "state structure that can perceive all the difficulties in maintaining peace and stability."

In an interview with the weekly NIN, Scott, among others things, stated that the US "will not accept the idea of ​​demarcation for the sake of creating ethnically pure states" - while adding the area of ​​Serbia "Russian foreign agents" have been active.

Responding to a question about this on Thursday, Vucic said that he "had not read the interview" in question with the US ambassador - because he is not in the habit of reading "(opposition politician Dragan) Djilas' media" - especially when "Djilas' reporter did not ask why he was separating Serbia in 1999."