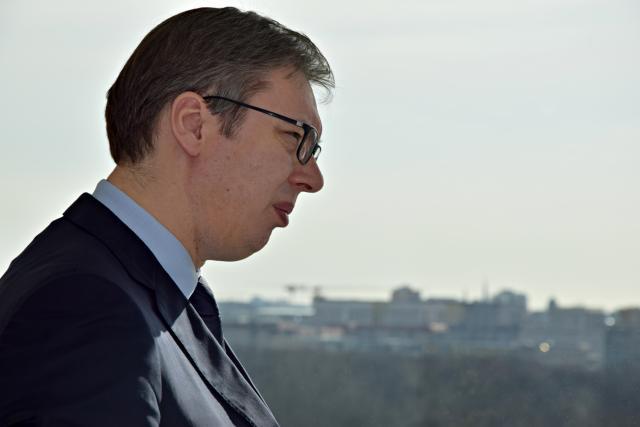 The Serbian president spoke for RTS about his meeting on Tuesday with German Chancellor Angela Merkel, with whom he spoke about Kosovo. As he said, the opinions of Germany and Serbia about a compromise that should be reached by Serbia and Kosovo are very different.

"Merkel did not criticize me because she respected my courage. I presented solutions that are not stereotypical and not everyone agrees with them. I said that I always listen to all the criticism, but also that I must say what I think. I think it is important to reach a compromise because if we cannot achieve it, we will have severe consequences," Vucic said.

He then compared the situation around Kosovo with the game of chess. "We are playing without the queen and the rook, and are trying to manage a stalemate. To drive our king into the corner, while their pawns don't let us move and manage a draw. So far we have only been losing and nothing has been on our side. We are trying for that draw today, to get back to the board and continue the game in a concentrated way, without the queen and the rook," Vucic has been quoted as saying.

According to him, Serbia will continue to "play" in this way, and Merkel understood it. "I can move away from that issue and leave it, but nobody will give us back the queen and the rook," concluded Vucic.