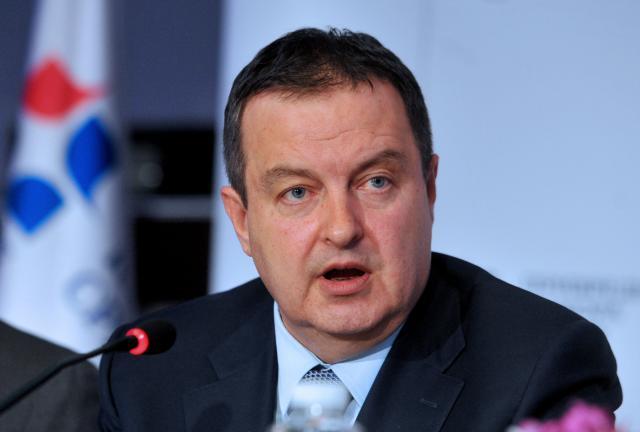 In an article he wrote for the daily Blic on Monday, quoted by Beta, the foreign minister and first deputy PM wrote that will "check the possibility of delimitation in that area" with President Aleksandar Vucic, who has raised the issue of internal dialogue on Kosovo and Metohija.

"Through agreement of the Serbs and Albanians, this is a possible permanent compromise solution, along with a special status for our churches and monasteries and the Community of Serb Municipalities in the south of Kosovo. If it turns out to be impossible or unacceptable I will not be unhappy but will try to contribute to finding a lasting and realistic solution," Dacic said.

According to him, the dialogue about Kosovo and Metohija is providing an answer to the question of "how much mature we are."

"Kosovo is our value but only to the extent that we ourselves behave that way toward it. We are the one who determine its value and importance with only one condition, the condition of all conditions of our future. It must not be bloody and that must be our red line," Dacic said.