Vučić: Everything's agreed; we could only accomplish that with the Russians

President of Serbia, Aleksandar Vučić, said that he would have a meeting with the President of Russia, Vladimir Putin, in 24 hours.

"A very important meeting for Serbia, we will discuss all key political issues. Russia is our fourth trading partner, we have a lot of room to increase exchanges with them," he said.

He added that the program of economic cooperation from 2021 to 2026 has been harmonized.

"It is something we have only been preparing for a long time. We have also agreed on the first phase of the radio-pharmacy center worth 15 million euros, so that we can ask our experts we had at 'Vinca' to raise the knowledge of young people. Everything has been agreed for 'Petrohemija' and that is good news for the workers, it will not depend more on the economy, and we were the only ones who could achieve that with the Russians", he noted.

What is important for us are the so-called "burning issues", he pointed out. "We will also discuss 'Sputnik light', but also many other things that I will discuss with Putin. However, the key question for us is the following: we currently have gas reserves of 128 million cubic meters of gas because we consume them every day, precisely because of the price. There are huge costs and losses for the whole region, so we looked to reduce them. We wanted not to burden the people, to leave the same price for gas and electricity. It was not easy," President said. The price of gas is of crucial importance for us, he said.

"You have gas at a price of US$ 300 per 1.000 cubic meters, and we need three billion cubic meters of gas annually, and if the price is $ 600, the costs will be much higher annually. This will affect everything, especially bringing in investors who care about the price of gas. I know how much responsibility I have and I know how much it means in money for our citizens. I will ask Putin to meet our needs", Vucic said.

He reminded of the launch of the construction of the Novi Sad - Subotica railway.

"Nobody asked how much it costs, it additionally worried me. I want to inform people that 108 kilometers of railway are worth one billion and 160 million euros. In three years, everything that has not been done in the previous 75 years will be completed," he emphasized.

President reminded that the expansion of the Belgrade-Novi Sad highway is also planned.

Answering journalists' questions about the Law on Expropriation, Vučić said that he could not return laws that he did not like to the National Assembly.

"As for those laws, they're in line with the Constitution, that law has nothing to do with Rio Tinto or anything like that, as I've heard these days. Why did we need it? Because we're doing one tunnel and we're losing 160 days of waiting, because someone says that a fair price is not offered, and between 10 and 20 percent is always added to make people more satisfied, and they then ask for three to five times higher price than the market price", he explained.

Today, Serbian Progressive Party presents the Program Principles of the party, ahead of the SNS assembly, which was announced for Saturday. 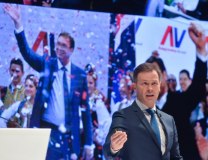 After the successful completion of the revitalization, block B1 in the Thermal Power Plant "Nikola Tesla B" was put into trial operation this morning at 6.53. 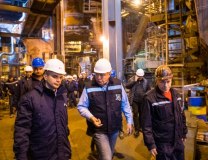 President Aleksandar Vučić attended celebration of the launch of works on Novi Sad-Kelebija section, within the project of high-speed railway Belgrade-Budapest. 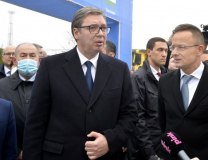 Siniša Mali for B92.net "Today is a big and important day for all citizens of Serbia"

Minister of Finance, Siniša Mali, spoke for B92 portal about all important and current economic topics in the country. 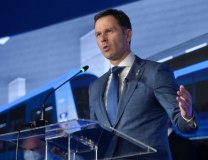 Minister of Finance in the Government of the Republic of Serbia, Siniša Mali, posted on Instagram. 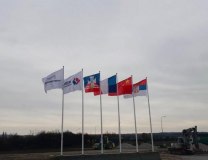 Vučić: "We will make a glass miracle" VIDEO / PHOTO 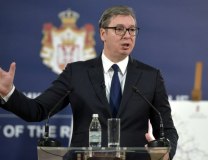 Vučić: "The second Continental factory's contribution to GDP will be the largest"

President Vučić attends ceremony of the first phase completion of works on the construction of the Continental Automotive Serbia's second factory in Novi Sad. 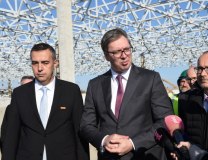 Vučić: "We are opening TENT B1 block, so that we do not have to import anything"

President of Serbia, Aleksandar Vučić, stated today that we are borrowing electricity, but that we will return it and start filling our accumulations. 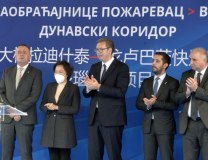