Goran Kozic and Djordje Martic believe that they can get away with anything, as long as they are defending Aleksandar Vucic.

I hope Marx was right when he said that history repeats itself, first as tragedy, then as farce.

I like to think the murder of Slavko Curuvija in 1999 was a tragedy, but that the campaign Politika’s publishing house is presently conducting against me, under the same pretext it used when it targeted Curuvija twenty years ago, is nothing but a farce.

If I did not choose to believe that, I would have to look over my shoulder in every dark alley.

Because individuals in charge of commissioning and running articles in Politika’s print outlets in which I stand accused of responsibility for NATO’s bombing of Yugoslavia, along with a whole string of other fabricated misdeeds, have surely not forgotten that the same publishing house had accused Slavko of "welcoming the bombs" several days before his death. That symbolism is not accidental, it is intentional and premeditated. Politika is sending a message, and it matters not one bit that Ilustrovana Politika has only a fraction of the circulation the now defunct Politika Ekspres had when it ran a warrant of sorts for Slavko’s head. The threatening message comes from the same address, state-owned Politika. Slavko Curuvija “greeted the bombs”, whereas I am credited with prolonging the bombing after Slavko’s death. The rest is nuance.

Yes, I realize it is a rather ridiculous accusation, even by the standards of journalism Djordje Martic and Goran Kozic practice (we accuse you without evidence, and the burden is on you to prove that you should not be should not be court-martialled and shot in short order). But that does not mean it is a harmless one. Even Legija was threatened for offering testimony that inculpated state security officers accused of murdering Slavko Curuvija. And this Ilustrovana Politika posse started after I pointed out the obvious parallels between the destinies of Jamal Khashoggi and Slavko Curuvija.

The story line occasionally changes, in that Djordje Martic accuses Zoran Djindjic of Slavko's death, while Goran Kozic admits that Slobodan Milosevic's regime may have killed Slavko, but there is no evidence for it! They both stand united on that point: that there are no grounds to convict those accused of killing Slavko Curuvija. .

It is a notorious fact that Djordje Martic was completely in tune with Slobodan Milosevic when he commissioned the "Curuvija welcomed the bombs" article in 1999 under orders from the CEO of Politika. I like to think that Djordje Martic and Goran Kozic do not speak on behalf of Aleksandar Vucic when they draw the same target on my back, as the Curuvija trial finally winds to completion. And I would hope the Special Court Chamber is with me on this. After all, Vucic partly based his transformation into a modern political leader by making a clean break with his past, and his support for the investigation of Slavko's murder played a significant part in this transformation.

It goes without saying that Kozic and Martic are not fearless journalists going where no one else is daring to go. I think they are making a simple and profitable calculation/. They know that Serbia’s most powerful politician does not like to be criticized, and that he loves to be defended. So they make their deals and conduct their grimy business, figuring that Vucic will not mind them as long as they defend him while he is under attack. After all, they’ve seen the same ruthless methods applied against Vucic’s opponents in more influential and higher circulation media.

I do also see parallels from the nineties, not only in the choice of Politika as the address from which to shoot at political enemies. I see the stance NUNS has taken. This journalist association had not supported Curuvija while he was alive, they only started supporting him after he was killed. Today, NUNS does not approve of Ilustrovana politika’s attacks on Ljiljana Smajlovic, but it does not consider them nearly as horrible as Ilustrovana’s attacks on media NUNS members work for. It is only truly awful when someone from NUNS is attacked. Only then should we susepct the authorities. So I get relegated somewhere into the ranks of female colleagues from Pink, whom the opposition media mocks for being “hit in the head".

Unlike NUNS, my family and friends are worried. They think I'm naive and underestimate the danger. They remind me that I was unlawfully fired from Politika (I have a Belgrade court ruling to prove it) the moment I publicly denounced pressure from Politika’s management on my editorial policy. They ask me to explain the inexplicable: that outside contributors such as Djordje Martic and Goran Kozic continue enjoying Politika’s support as they seemingly defy public criticism from the President of Serbia and his media advisor.

I am aware how confusing and contradictory this all is. But so is the fate of journalists in Serbia.

And not just Serbia. See how Turkish President Erdogan profited geopolitically simply by letting Jamal Khashoggi walk into he the Saudi Consulate in Istanbul on that fateful afternoon. Both Khashoggi and Curuvija ended up as small bloody change in other’s great games.

As for me, I now wait for the verdict in the Curuvija trial. It may shed some light on the discreditation campaign being waged against those who opposed impunity for crimes against journalists in this country. 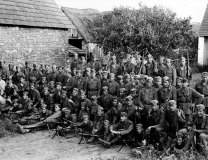 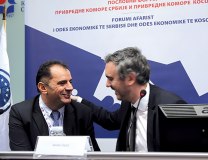 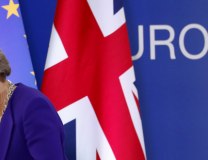 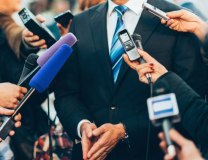 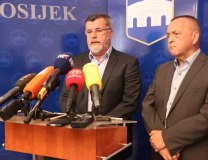 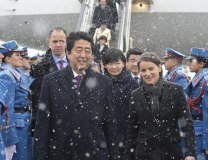