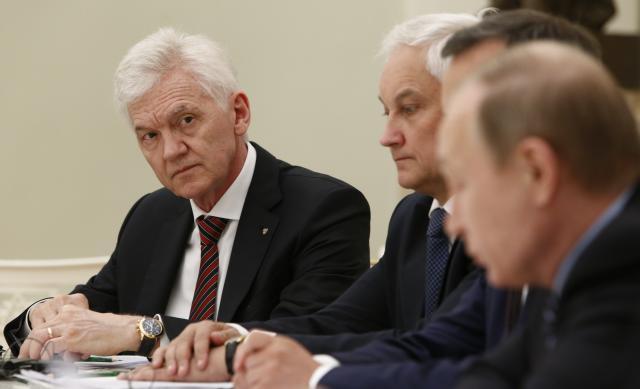 In an interview for the newspaper, Timchenko said that he once traveled to Belgrade with Russian tennis player Marat Safin for a tennis tournament.

"It was then that Safin introduced me to a young Novak Djokovic. Later our acquaintance turned into a family friendship. I subsequently met not only Novak but also the members of his immediate family on several occasions. We provided assistance to Serbs in Kosovo and Metohija together. As far as I know, the Djokovics suggested to PM Vucic that I should become an honorary consul. During Vucic's stay in Russia I was introduced to him and that's when we spoke about the proposal," Timchenko said.

He stressed that he, as a businessman, wishes to make a contribution to the joint Russian-Serbian projects

"Although I'm not a diplomat, I will be ready to help Serbian diplomats if they need my help, because our goal and our desire is to further improve relations between the two brotherly countries and peoples," Timchenko said.

The businessman, who is a close friend of President Vladimir Putin, was then asked "why the West is attacking Russia and its president so much."

"The character of the Russian people and of our president is not well understood in the West. Putin is a patriot, he reinstated Russia's reputation on the international scene. Sooner or later, the West will realize that Russia cannot be completely isolated," Timchenko said.