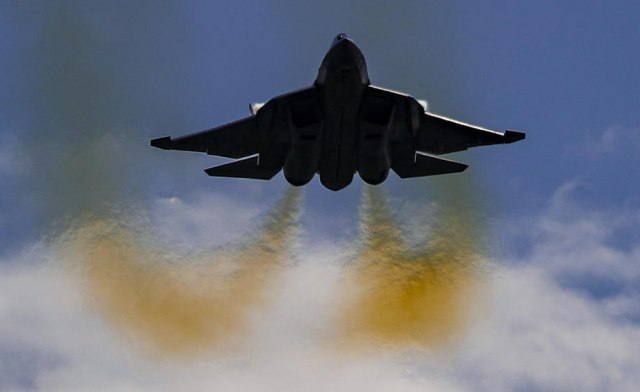 The test was reportedly carried out on October 21 near Moscow, but the Russians did not specify whether the new version of the aircraft also used the long-awaited new "Izdeliye 30" engines, which should significantly improve the performance of the Sukhoi 57.

However, it seems that a certain number of new technologies have been integrated in the new variant, and UAC also claims that they have tested new weapon systems, without specifying exactly which systems these are.

Also, reports Jutranji list, there is talk of installing "intelligent sensors" that should improve the functions of the aircraft. The UAC thus claims that the new systems "prepared" the use of weapon systems and de facto performed the function of the co-pilot in the plane, while the pilot performed other functions.

To that can be added the Russian claim that the option of issuing voice commands is being prepared and that his computer "learns some phrases", according to the pilot Rafael Suleimanov who tested it.

Moreover, the commander of the Russian forces in Ukraine, General Sergei Surovikin, said nine days ago that the serially produced Su-57s, of which 6 have been produced so far, along with 10 prototypes, are successfully performing tasks as part of a special operation, and that they are acting on targets on the ground and in the air. There were even rumours among the Russian media that the Su-57 shot down the Ukrainian Su-27, but there is no evidence for this.

In short, it is still not entirely clear whether the Su-57s actually flew over Ukraine or whether they were performing tasks outside Ukrainian airspace.