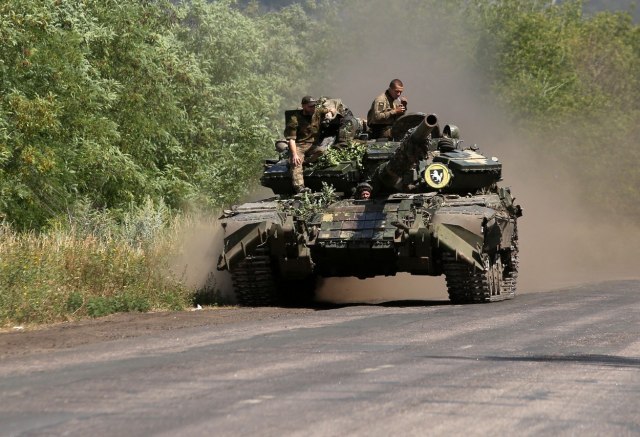 The precision multi-barrel missile system (HIMARS) destroys Russian logistics lines and ammunition warehouses. It thus slows down the Russian offensive in the east of Ukraine, according to the 19fortify portal, dealing with expert analyzes of military operations and state security systems.

It seems pretty clear that the Russian military continues to suffer heavy losses in Ukraine.

Moscow is running out of manpower, and if Russian President Vladimir Putin does not order a general mobilization, they are in for a tough summer.

Provisional measures – such as relying on poorly trained volunteer battalions or mercenaries from private military companies – will suffice for a while, but will not and cannot be a long-term solution, 19fortify concludes in its report.

Another measure, which the Kremlin will probably activate, is the further mobilization of ethnic minorities. The Institute for the Study of War (ISV) claims in its latest report that the move could provoke resistance in ethnic enclaves in Russia.

"We have noticed that the battlefield is already dominated by troops from Chechnya, South Ossetia, Tuva, Tatarstan, Bashkortostan, Chuvashia... This suggests that Putin will not be willing to carry out a general mobilization partly because of his reluctance to mobilize a larger number of ethnic Russians," ISV source added.

The Russian army in trouble

In its daily assessment of the situation on the battlefield, the British Ministry of Defense focused on numbers, related to the size of the Russian army. Russia used some 200,000 soldiers to invade Ukraine.

These figures are based on the official claims of the Ukrainian authorities, so they should be approached with some caution, but some data from Western and independent sources confirm that a large part of the Ukrainian claims is correct - however, the CIA lists 15,000 dead Russian soldiers and about 45,000 wounded.

Last week, Admiral Sir Antony Radakin, Britain's chief of defense, estimated that the Russians had lost (killed plus wounded) as many as 50,000 soldiers.

"Russia has been struggling with all its might, since the beginning of the invasion, to mount an effective offensive. As time goes on, the problem is becoming bigger. In addition to facing a severe manpower shortage, the Russian leadership is faced with a dilemma: whether to send reserve troops to Donbas or to concentrate on defending against Ukrainian counterattacks near Kherson. Russia's main political goal is to capture all of Donetsk. And while Russia may still make other territorial gains, their operational tempo and speed of advance will likely remain very slow and they will not get the opportunity to get the break they need to reorganize," British military intelligence said.