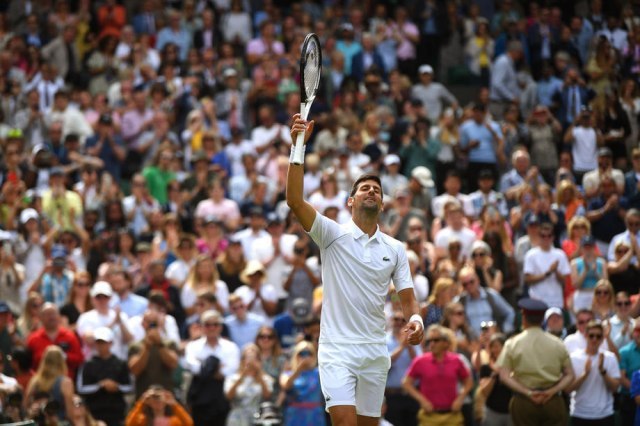 With that, Djokovic qualified for the round of 16 of the tournament, which he has won seven times in his career, and there he will meet Tim van Rijthoven from the Netherlands.

It is not remembered that Novak played such a good set, as the first one in this match. In just 24 minutes, he cleaned his compatriot from the famous Wimbledon grass.

From the beginning, Kecmanović seemed tight due to the pressure of playing on the Central court, but very quickly it became clear that everything was a product of Djokovic's outstanding game.

From game to game, he drew on the field and did not allow even a single chance for the 13-year-younger Serb to even think that he could pull off a surprise this afternoon.

After only 24 minutes, the first set was decided, and in the second, Kecmanović still started to play a bit more relaxed and significantly better.

He maintained the rhythm and even score until the eighth game, when Djokovic reached the break point from an incredible defense.

He then turned it into an advantage that turned out to be the key to winning the second set a few minutes later.

Following the same recipe, Novak continued to grind Misha in the third set, and quickly reached two break points and a lead of 5:2.

He served for the match, but his compatriot surprised him and made a break, and then served for 5:4.

But, Kecmanović could not do more than that and Djoković very routinely won the game for advancing the round of 16 at this year's Wimbledon.