BELGRADE -- In Karaburma, where the driver hit Stefan (9), father and brother Luka, at the pedestrian crossing on July 18, family, friends and citizens protest every day.

BELGRADE -- In Karaburma, where the driver hit Stefan (9), father and brother Luka, at the pedestrian crossing on July 18, family, friends and citizens protest every day. 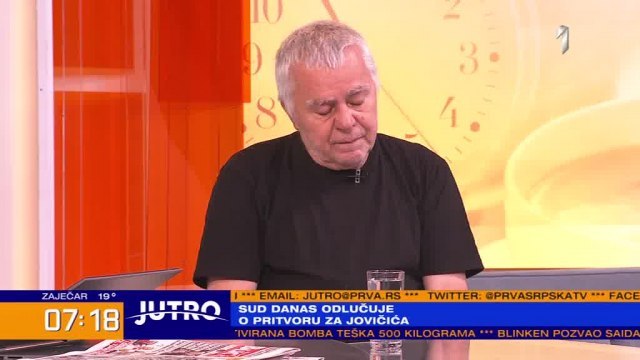 The grandfather of the deceased nine-year-old boy, Slobodan Balić, told TV Prva that little Luka had been operated on and was at home. He stated that the parents told the child that he had lost his brother, but he states that he is not aware yet.

"He is not aware... Well, if it's not for all these people, what can I tell you, it's hard. It's like someone took half your heart. I still have Andrej and Luka. I lost my wife, not a year has gone by since then," said Stefan's grandfather.

He said that no one from the police addressed the family. When asked what he expects, he pointed out that the suspects should be adequately punished.

"When they took them to the Emergency Center, they didn't even take a statement from Mihajlo (the boy's father)... Luka called me to visit him, I couldn't... Tears well up in my eyes," said Slobodan Balić.

A friend of the family, Jelena Milosavljević, says that the suspect was previously known to the police and that he lives in Karaburma. "He should not have been allowed to be behind the wheels", she said.

Milosavljevic said that the protests were not organized but spontaneous and she did not know how long the protests would last, adding that none of the authorities addressed them.