BELGRADE -- After the appearance of delta strain in Serbia, experts warn that the epidemic will deal another "blow" and it seems that this is already happening.

BELGRADE -- After the appearance of delta strain in Serbia, experts warn that the epidemic will deal another "blow" and it seems that this is already happening. 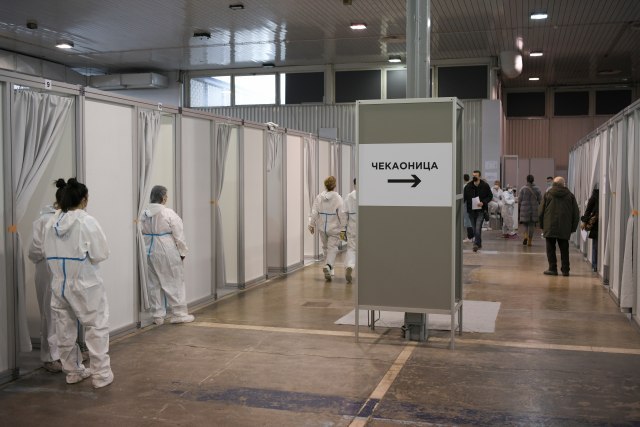 Today, after more than two months, more than 300 new cases were registered in Serbia, more precisely 332, in one day, which indicates a drastic leap in the number of infected and worsening of the epidemiological situation, so the question arises - are we entering a new wave?

If you look at the coronavirus figures in the last month, you can see how they are gradually growing with occasional stagnation, but also sudden leaps in the last few days.

Exactly one month ago, on June 28, the daily number of infected people was 84, which is four times less than the current numbers.

In addition, in the second half of July, there were leaps in the number of people infected with coronavirus to a little more than 200 people, but in the period when the epidemic was under control (during the last two months), Serbia did not have a daily average of more than three hundred patients.

As of May 30, no more than 300 new cases have been detected on a daily basis in Serbia. Only on June 2, that number reached 287, followed by a gradual decline in the number of infected.

In the period from July 1 to 12, the numbers are mostly below one hundred, or a little above, and already from July 13, there is an evident increase in the number of infected people, which is growing more and more every day.

Trends in the number of infected in Serbia

When it comes to the number of deaths, it is not growing - in early June, that number ranged from 6 to 7 deaths per day, while today there are no deaths from COVID-19, and in previous days that number was significantly lower.

Trends in the number of deaths in Serbia

This confirms the information about the new strain, which, as experts claim, is far more contagious, but does not cause severe clinical pictures in patients. However, doctors are urging citizens to get vaccinated every day because that is the only way to bring the epidemic under control. On the other hand, vaccination in Serbia seems to have dropped due to - presumably - annual vacations, nice weather and a drop in the number of those infected in the previous period.

The latest figures certainly warn, and today the Crisis Staff's session is held, which is the response of the authorities to the worsening of the epidemiological situation.