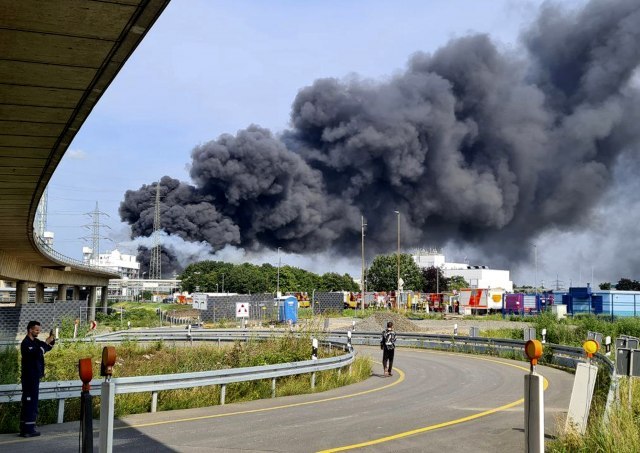 According to world media, witnesses said they saw smoke, and the German Civil Protection Agency was declared an "extreme danger" alert.

According to the "Bild" portal, there was an explosion in the waste disposal area. This was announced by the company "Kurenta", which is the operator of the chemical park "Chempark". A large black cloud of smoke hovered over the city after the explosion, the German agency DPA reported.

The explosion happened in the part of the park where waste is incinerated, a spokesman for "Kurenta" said, as reported by the Reuters agency. The management of that park announced on Twitter that it is still not clear what caused the explosion.

German television VDR previously reported, citing witnesses, that an explosion was heard and that a cloud of smoke appeared at the place where the "Bayer" plant is located. Police announced on Twitter that they were closing the nearby highway.

It is assumed that it is a warehouse where toxic substances are located. So far, there are no reports of possible victims, as well as material damage.

German media state that an appeal was sent to the citizens to keep the windows and doors closed.

Locals were told to enter the enclosed space immediately if they were outside.

In 2019, the company "Bayer" and the chemical company "Lanxess" sold the company "Kurenta", which is the operator of that park, to the company "McVey Infrastructure" for the amount of 3.5 billion euros.