BELGRADE -- The President of France, Emmanuel Macron, thanked for the friendship that the President of Serbia, Aleksandar Vučić, and the Serbian people nurture with France.

BELGRADE -- The President of France, Emmanuel Macron, thanked for the friendship that the President of Serbia, Aleksandar Vučić, and the Serbian people nurture with France. 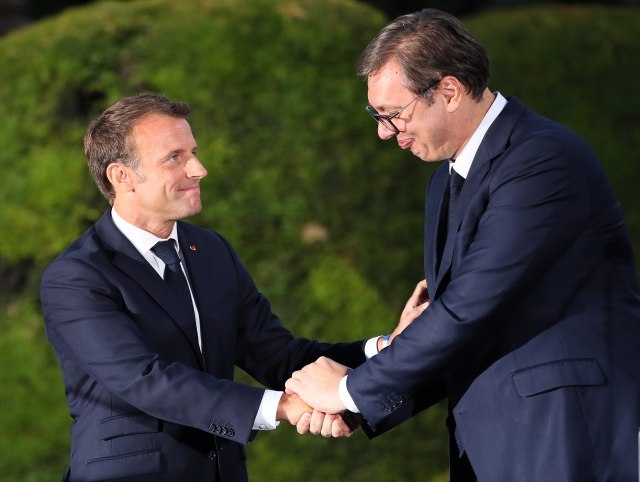 Deputy Prime Minister of the Government of Serbia and the President of the Coordination Body for Gender Equality, Zorana Mihajlović, said that today in Paris.

"Pass greetings onto my friend, President Vučić. I am committed to the friendship of our two countries and thank you for being here today," French President Macron told me as we greeted each other before the start of the international conference "Generation for Equality", said Mihajlović.

She participates in the Forum on Gender-Based Violence organized by UN Woman and the governments of France and Mexico.

"I am proud to represent Serbia today at such an important gathering, which, in addition to President Macron, is attended by Angela Merkel, Sebastian Kurz, Antonio Guterres, Camilla Harris, Hillary Clinton and many other officials from around the world. Only together can we make things better for all women and girls", Mihajlovic said.

The "Generation for Equality" Forum brought together high-ranking officials, presidents and prime ministers of countries who, through concrete activities, have committed themselves to work together to promote gender equality in the coming period, primarily through combating gender-based violence, justice and economic rights, and women's reproductive health, leadership, technology and innovation contributing to equality between women and men, states the office of the Deputy Prime Minister of Serbia.