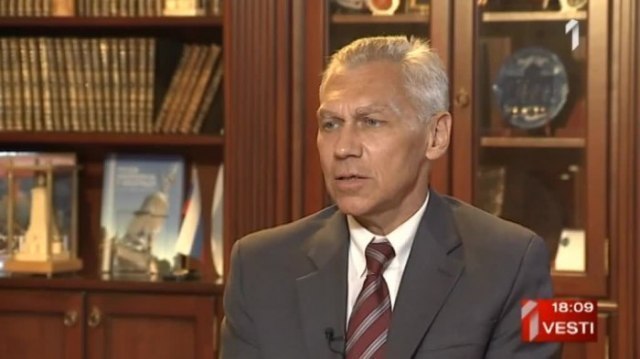 It should be reiterated that Jovanović confirmed that he canceled the security that was assigned to him by the police 20 years ago, out of revolt, because the police had previously informed him that they will cancel the security for his children.

Jovanovic also said that he was shocked by such a decision.

"In the summer of 2019, Jana was in the mall with her friend. After the cinema, they moved to 'McDonald's', and then three men approached them. They pushed heir friend away, and they poured some powder into Jana's juice and made her drink that. This was seen by a guest who asked if everything was all right and then one of the three hit him and knocked him to the ground. Jana's friend called my wife and she called the police. When they arrived, the three men took out Russian diplomatic passports and then someone from the Russian Embassy came for them and took them out", Jovanović claimed and stated that it was later determined that the powder they poured into the juice was actually drug MDMA (ecstasy).

Jovanovic says that after that, the children and he were in the police to give statements and that members of the Ministry of Interior have asked him not to talk about the case in public. Now, he says, there is no reason to be silent.

Russian Ambassador reacted to that statement today, saying for Sputnik: "We haven't read such malicious fabrications for a long time."

"The complete absurdity of such claims is obvious to everyone who has common sense, and therefore, it does not deserve any comments," Botsan-Kharchenko told Sputnik briefly.