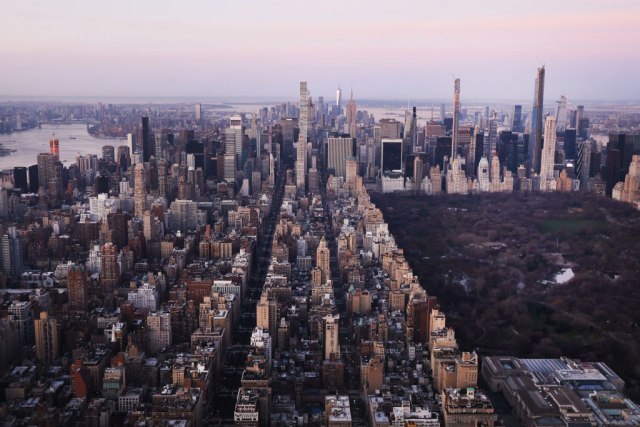 The main reasons for emigration are crime, the spread of coronavirus, impoverishment, but also other economic consequences of the pandemic.

The American postal service announced that from March 1 to October 31, it received as many as 295.000 requests to change the address of those who left New York, which usually means entire households, and not just individuals, Sputnik reports, RT writes.

The mass exodus from the largest American city is explained by the fear of the spread of the coronavirus, economic problems, the growing crime rate, but also schools with a bad reputation, RT writes.

The American metropolis had some of the strictest quarantines in the USA, which is why thousands of small companies failed, such as restaurants, shops, beauty salons...

Also, since the protests began after the murder of George Floyd, not only did New York become affected by the riots at those demonstrations, but the crime rate also erupted.

The extent to which New York has become an undesirable place to live is also shown by the results of research conducted by the Manhattan Institute in July and August. According to that research, as many as 44 percent of New Yorkers who have an annual income of more than 100.000 dollars, are considering moving out of the city. As many as two thirds think that the worsened situation will become the everyday life of New York. Most believe that the quality of life has dropped dramatically, and satisfaction with the situation in the city has been halved.

Among the leading reasons for dissatisfaction, in addition to the coronavirus and economic difficulties, is the growth of crime. According to the official data of the New York police, from January to September 2020, 344 murders were recorded, which exceeds the entire last year, when there were 335 murders. The number of shootings increased by as much as 94 percent compared to last year.

According to the American Post, most New Yorkers move to surrounding counties, such as New Jersey and counties in the state of New York that are outside the city itself. However, 13.000 households moved to Florida, and as many as 9.000 to Los Angeles.

According to estimates, even the demand for real estate is the lowest in the last 14 years, and there are 16.000 empty apartments in Manhattan alone.