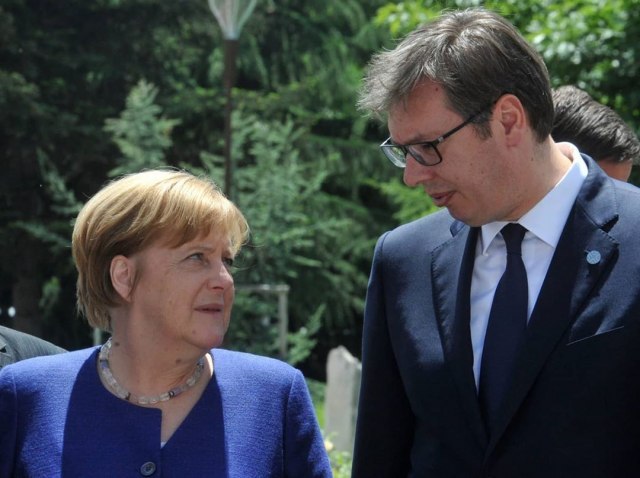 Vučić announced the conversation with Merkel on Sunday, saying that he had „mini-plan for the most powerful woman in the world“.

The President of Serbia talked with the most powerful woman in the world during the break of Bled Strategic Forum, after the panel on topic „Europe after Brexit and Covid19“, where he was one of the main speakers.

"I had a great phone call with Angela Merkel. I’m grateful to her for supporting Serbia’s economic and political development and for understanding our difficult regional political position", said Vučić.

After the conversation with Merkel, the meeting with Miroslav Lajčák, EU’s envoy for the Belgrade-Pristina dialogue, began.

Talks with Merkel and Lajčák are coming in the light of announced meetings on Kosovo in Washington and Brussels.