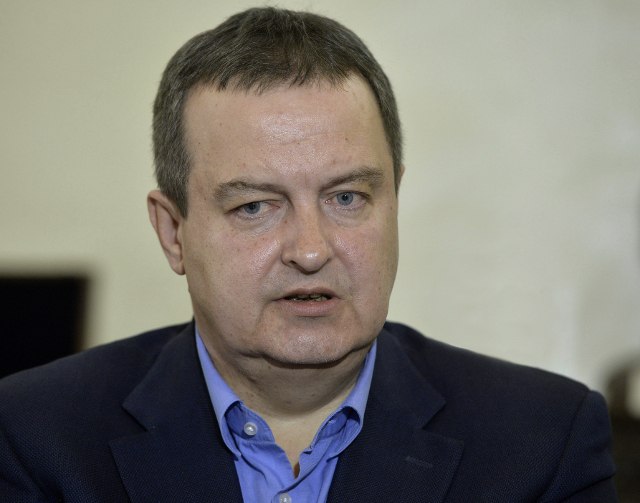 Asked about Belgrade's strategy will be until the next meeting in early July in Paris, Dacic said that Serbia wants to present itself as "a serious and credible partner, who wants a solution and is not creating problems."

He recalled that President Aleksandar Vucic had meetings (last week) with Russian and Chinese Presidents Vladimir Putin and Xi Jinping, as well as German Chancellor Angela Merkel and French President Emmanuel Macron (yesterday), and with the EU foreign policy chief, which he says shows Serbia is "a credible partner."

Dacic also said that many think that "Rambouillet (conference of 1998, leading to NATO's attack on Serbia) will repeat itself and that Serbia can be pressured into accepting something that is not in accordance with its interests" - but stressed that "that will no longer happen."

Commenting on Hashim Thaci's statement that the EU has proved to be an unreliable negotiator, Dacic said this was an insult to the EU.

"We have objections that there are double standards, everyone there is saying there would be no redrawing of borders, and they were redrawing Serbia's borders. Is there a God? See how far all that craziness, cynicism and double standards have gone," Dacic said.

He added that the meeting in Berlin did produce "a spectacular result" - but since the talks will continue in Paris, "it also represents some kind of pressure to avoid incidents and for the two sides to refrain from unilateral acts."

"But I wouldn't be surprised if Pristina still fails to understand on what a wrong path they are," Dacic said.

"Pacolli writes that at the next meeting, Belgrade is expected to recognize Kosovo. This has now gone beyond the Grimm Brothers, it's a fairy tale for their citizens," Dacic said.