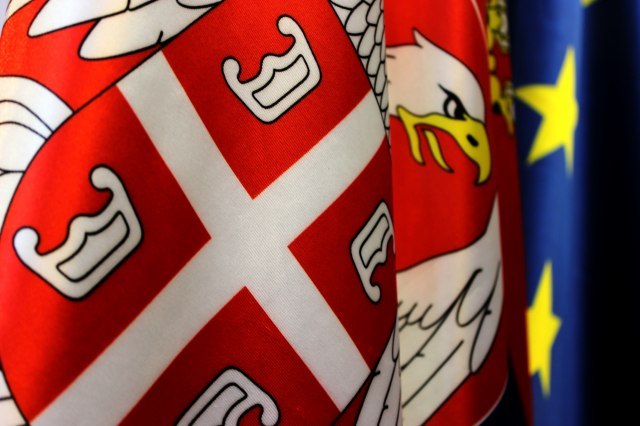 The adopted resolution "welcomes Serbia's continued engagement on the road to joining the European Union."

It also highlights "some progress" in judicial reform and asks that the Serbian authorities speed up the rule of law reforms, in particular to ensure the independence and efficiency of the judiciary and strengthen the fight against corruption.

The resolution relies on and considers this year's European Commission's Progress Report on Serbia and welcomes efforts to normalize relations with Pristina, with the view that "any agreement on this can be acceptable only if both sides agree on it and if it preserves the stability of the region and international law."

MEPs "point to ongoing debate and statements on possible border corrections between Serbia and Kosovo, including land swaps" and "emphasize the multinational structure of Kosovo and Serbia," saying that "ethnically clean countries should not be the goal in the region."

This document "underlines the importance of creating the association/community of municipalities with a Serb majority" in Kosovo, and the implementation of all agreements, including the agreement on energy.

The document "irrevocably condemns the murder of Kosovo Serb politician Oliver Ivanovic and stresses the necessity of cooperation between Kosovo and Serbian investigators, as well as international support, in order to bring perpetrators of the murder to justice."

Serbia is urged to gradually harmonize its foreign and security policy with EU policy, including the policy towards Russia, and to align its visa regime with the EU gradually.