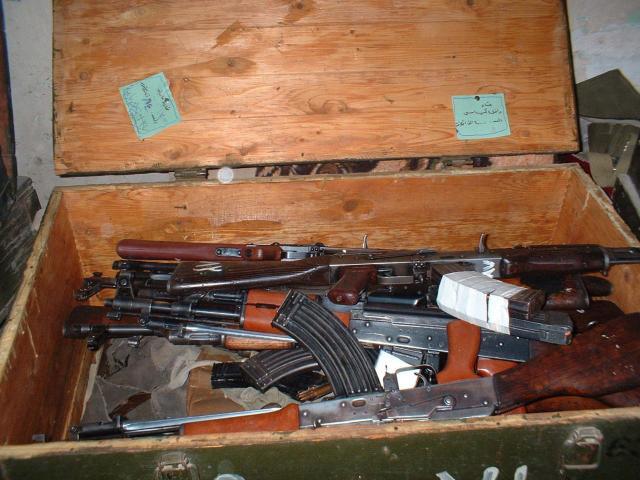 "Today, Scandinavia's streets are awash with foreign and previously unseen gun brands, such as the Serbian Zastava and Czech-Serbian Scorpion machine guns, amid an unparalleled upswing in shooting incidents," the website said.

The article cites Norway's Dagbladet daily as reporting that "arms of South and East European origin are increasingly used in gang milieus and drug trafficking."

"This fall alone, a dozen of men were charged with drug offenses and illegal arms procurement as a follow-up to Operation Hunger, during which arms sales from the former Yugoslavia, Bulgaria and the former Soviet Union were revealed," Sputnik writes.

It added that Europol in 2014 assessed that about half a million arms were stolen and smuggled into the EU.

Head of Belgrade's Security Policy Center Predrag Popovic is quoted as telling Dagbladet that "huge amounts of weapons are still available on the Serbian black market."

"An estimated 900,000 firearms are on the way," Petrovic told Dagbladet. "Many people claimed their weapons to be stolen, but in reality they were sold illegally to Western Europe," he said, and added that the price of a Kalashnikov (AK-47) automatic rifle in Serbia is "EUR 200, while it costs up to 3,000 in the West."

"The price margin is about the same with smaller arms," Petrovic said, adding that "smugglers are most often Balkans emigres now living in the West."

Most of the arms are pre-ordered, and "often smuggled along the same paths as drugs" he said.

The Security Policy Center also said that weapons are smuggled from Bosnia-Herzegovina, Serbia and Turkey to Hungary and Austria and from there to smuggled to France, Belgium, the Netherlands, and Denmark.

"Malmo is a gateway for illegal weapons to Sweden. Most of these arms stem from former warzones in the Balkans," said Lars Forstell, a Swedish police spokesman.

In 2017, "Sweden saw a dramatic spike in shooting incidents - 40 people were killed and 135 wounded in over 300 shootings, most of which were gang-related," the article said.