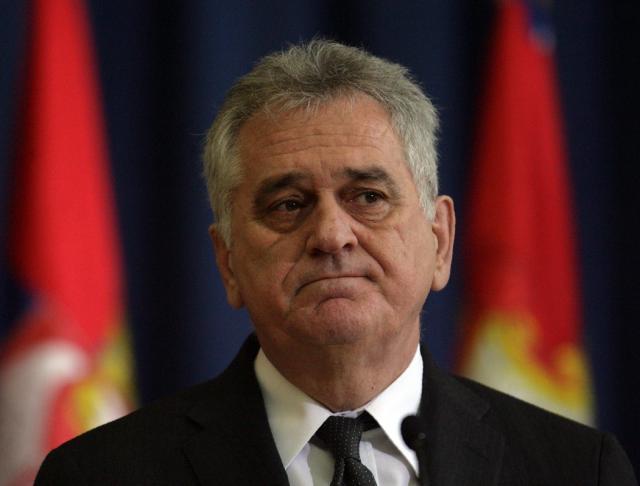 The news that France allowed the former "Kosovo Liberation Army" commander, wanted in Serbia on charges of war crimes, to walk free today - has profoundly unsettled our public, and "unfortunately, further solidified a belief that there can be no justice for Serb victims."

With the ruling of an appeals court in Colmar, France, a criminal has been set free, "and would remain unpunished," said Nikolic.

"In line with valid procedures, we submitted documents that indisputably prove the guilt of Ramush Haradinaj, a criminal who has caused lasting sorrow to many Serb families. No explanation can remove the impression that politics once again trumped justice, and that the killing of Serbs is justified and allowed, unlike the crimes committed against other nations," the Serbian president said.

Our sense of profound indignation - Nikolic continued - is magnified by the fact that France was once considered, in Serbia's history, as "a shining example of friendship and honor - such that even the greatest suffering in two world wars had not been in vain."

"The Serbian government will, in line with its powers, decide how Serbia will express its dissatisfaction. Serbia was faced with Ramush Haradinaj's terrorism in the 1990s - France is endangered today, and therefore I think you should have known that such a decision would have caused our people's indignation," the Serbian president stated, and added:

"I am pointing out to you - as a man who has on several occasions proved his friendship to you - to the consequences of such an obviously political decision of a court in France, which has caused a huge injustice to Serbia, a great friend of France - to which, at this time and unfortunately, we are tied only by the glorious history of our grandparents and our parents," Nikolic said.

In the hope that France is still guided by honor and justice for all people equally, please, receive my regards, the message concluded.