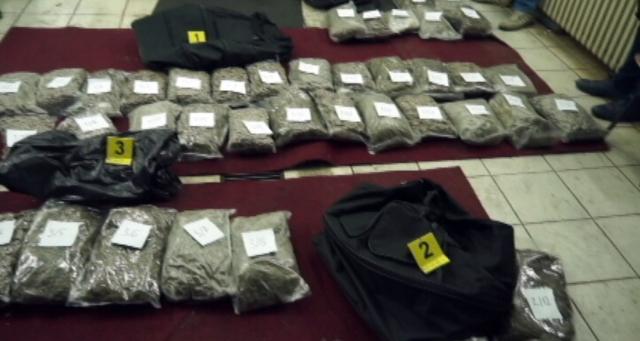 The value of the seized narcotics is estimated at around RSD 62 million (EUR 502,000), the MUP has announced.

A statement said that a five-member group from Albania and Serbia was arrested in the first raid. They are suspected of transporting drugs from Albania and selling them in Belgrade over a long period of time.

Three of those arrested are Albanian citizens, while the other two suspects are from Serbia - residents of Belgrade, and Lipljan in Kosovo.

Nearly 60 kilograms of marijuana, along with about 380 grams of amphetamines, and 2.78 grams of cocaine were found in a Croatian-license plates car used by the suspects and in an apartment in Belgrade.

In a separate raid, the police arrested two suspects, residents of Belgrade and Trstenik, and confiscated just under a kilogram of marijuana and 6.35 grams of cocaine.

Yet another raid netted two Belgraders who had 30.81 grams of amphetamines in their possession.

All suspects will be charged and taken before the Higher Public Prosecution, the MUP said.