EU Commissioner Johannes Hahn says 2025 is "a realistic goal for a new wave of (EU) enlargement.) 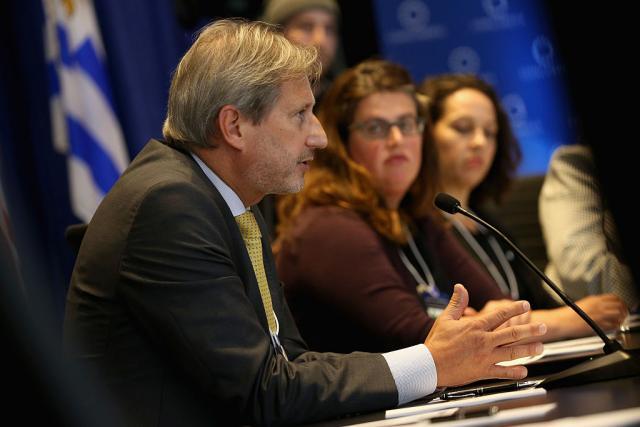 Serbia and Montenegro have currently "progressed the farthest" toward that goal - but that does not mean that the two countries will definitely be the first to "cross the finish line," Hahn told Austria's APA agency.

"There is still much to do," he said.

"It's an indicative and quite possible deadline, if candidates accelerate their path to the European Union. If anyone wants to join the Union in 2025, then they has to complete the (membership) negotiations by 2023," Hahn said.

He pointed out that "the main issue is in the homework for all candidate countries" concerning "how to live with the rule of law," while the second is "the issue of borders."

"We certainly will not accept those countries that have open issues with their neighbors. The conflicts around the borders like Slovenia and Croatia have will no longer exist in the Union. Of course, Serbia must first solve the issue of Kosovo, and then there are the open issues between Serbia and Croatia, Montenegro and Kosovo, Albania and Greece," Hahn said.

The EU official also pointed out that it was important for candidates "to show respect for European values" - and without naming any countries, pointed out that there were those who showed "significant solidarity" around the migrant crisis.