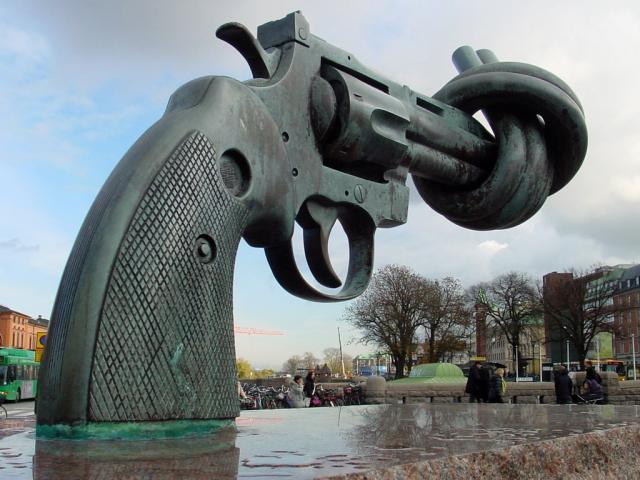 A lot of sleep. After the nuisance in camp that lasted for five months, we were able to move to an apartment. Again, from scratch. New beginning.

The daughters started school. And so did I. I joined a language school, to learn Swedish. Five times a week, two hours per day, I was sitting alongside ten other people, most of them from Syria, listening to CDs, with slight cracking of the speakers, words like: god eftermiddag, hus, familj, kung, broccoli... [1]

The word kärlek I acquired easily. It meant love. In Swedish, as in any other language, there are several ways to say love. The teacher tried to explain this to us once. But we were all too demotivated and tired to be able to understand even half of the words. Kärlek. I guess the plenty of ways to say love is associated with variety of ways one can express it. I thought of my husband. We would talk on the phone from time to time. One morning, I went to the migration office and filed application for family reunification. Familjeåterförening. So we would have hushåll. [2]

The procedure took a while. Eighteen months later, he came. It took us one and a half year to organize a family reunification. It was really hard to wait. But when he came it was a moment of the greatest relief I remeber. Perhaps the most beautiful moment in my life. I thought our torment was over. That we could start our life in peace. Again, from scratch. New beginning.

"But I have never lived there", I said.

"Madam, this does not concern us. You are a burden to our system. Börda för vårt system."

"Which war? There is no war in your country."

"You have got to be kidding me. There is a war in Syria. Watch the news. Titta på nyheterna", I lost my mind.

"In Serbia there is no war. At least not at the moment."

"But I have no one in Serbia."

"Serbia, Syria, it's all the same. You'll manage."

I was about to be deported. They accused me of lying. That I kept silent about my Serbian citizenship, so I could come to Sweden. One of the superiors wanted to have a talk with me. They demanded of me to renounce my Serbian citizenship. They asked me to testify against Serbia and to write a statement saying that the country did not allow me to apply for asylum.

"But that is not true. I’ve never asked for protection in Serbia", I replied.

"Just write it. For your children's sake. Who cares about Serbia."

"But I have nothing against the country. I have never lived there, bit it is as mine as it is Syria."

"Syria is no more. It is better that you remain in Sweden. For your children's sake."

That's when I made my decision. After three years in Sweden, someone is asking me to give up everything because of my children's sake. The Swedish people are using my children. Syrian children that whole world talks about, that lost their home, school and childhood. They are using Syrian children to impose on me what to do. This country produces weapons that kills in my country. Maybe it is the weapon that exploded in Beirut. And after that, WE are to blame, the Syrians are to blame.

My husband was kept. He couldn't be deported because he doesn't have any relations to Serbia. A refugee. He's okay. OK. Rätt. He got documents. He had to wait. Is it possible that they will separate us again? We are the reason he came to Sweden. We are separated again. This time because of me. The children and father, him, are being separated again. Again, after everything. After so much sadness.

We arrived to Serbia. The children and myself. We were not alone. We carried so much sadness with us. And two half empty suitcases. I didn't know where to go. Where to start. The airport was small, but again I didn't know where to go. Yet, someone was waiting for us here. My Mum's best friend from childhood was at the airport. She prepared accommodation for us and helped me to manage things. She introduced me to wonderful people who were helping us from the first step. From the first steps in Belgrade. I can't even name all of the things they did for us. They were wonderful.

I started everything from the beginning. Again. Once more, from scratch. New life. Everything started with registration and papers. It was a big procedure. Health insurance. Unemployment bureau. School for my daughters. And it was so hard for me to get it all done, because the daughters had to be with me all the time. But, once they told me that nothing is hard for them, they like everything in Belgrade and Serbia is better than Sweden. Except that they miss their Dad.

We bought new stuff for school. My daughters couldn't speak a word of Serbian. I knew some because of my mother, but I felt at home. I might not have history here, but I have the origin. I felt it everyday. No one can take that away from me. And some nice people, new friends, helped to get books and school material for the children.

The new life might had not started yet, but school did. I would sit with my daughters every day and teach them little Serbian I knew. Several months had passed before they could understand some of the things their teacher was saying. Little by little. Their school friends helped them complete the assignments. There was none of it in Sweden. There, in Malmo, they had a translator who would help them with everything, but they didn't speak Swedish, because everyone around them was speaking Arabic. They would stay at school till 8pm, and shops would close at 6pm. In Belgrade we had peaceful life both at day and at night. I cooked what I wanted and I was happy because I wasn't cold and I was in a city with all four seasons.

I wish to resume my life. That the new beginning finally happens. But the hardest thing here is to provide a monthly income. My husband is still in Sweden. I am waiting for him to come to Belgrade. I wish that my dream comes true and that we live as we should. This time, in the fourth country that should become the only one.

This blog on the topic of violence against women is published on purpose within 16 Days of Activism.

My dear friend, One day I will write to you as the best neurologist in the world, but for now on I am writing from Austria's closed camp. I hope you are good. I 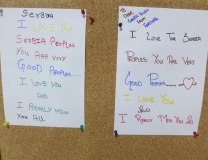 Photo: Leandro Ciuffo, Iran Air, flickr.com 1998 I worked as a flight attendant with the national airline company Iran Air. I graduated from an excellent school 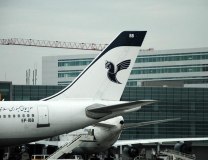 WLOG 002: From Beirut to Malmo

I left my city but I couldn't leave my memories behind. I left the memories of what my life used to be and went into new one. 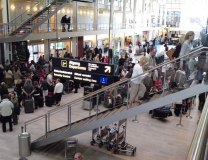 WLOG 001: From Damascus to Beirut

I used to live in Damascus. The city was beautiful. I completed my studies there and got myself a job. 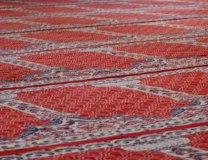