Worrying data for Serbia: These are the worst data in the post-war period

In Serbia, in 2021, the largest increase in mortality rate was recorded in the entire period after the Second World War. 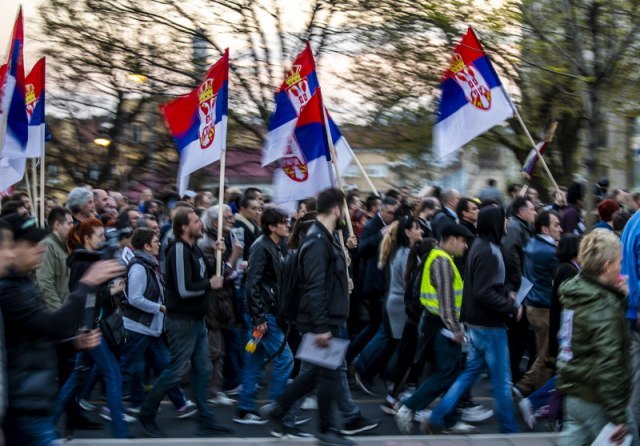 The negative population growth reached the number of as many as 74.000 people, Natalija Mirić, an assistant professor from the Department of Demography at the Faculty of Geography in Belgrade, told Tanjug TV, commenting on the data from the Republic Bureau of Statistics.

She mentioned that in 2021 and 2020, the elderly are certainly the most affected by COVID and other diseases. According to her, there are no officially published data on mortality for 2021 by age, sex and causes, but based on 2020, it can be seen that about 70 percent of that increase in mortality is contributed by COVID-related diseases.

"So, in just one year, the unfavorable demographic trend has deepened greatly," Miric pointed out. She emphasized that in 2021, the largest increase in mortality was recorded in the entire post-war period, and noted that the fact is that we have been facing unfavorable trends for decades.

As she said, mortality has been on an upward trajectory for decades, and since the 1990s, more than 100.000 deaths have been recorded annually. According to official data, in 2020, 10.356 people died from COVID, which is about 70 percent, which contributed to the total increase in mortality rate. She adds that it can be guessed that the number for 2021 will be even higher.

Miric explains that it is not just coronavirus and that other diseases are dominated by diseases of the cardiovascular system, which account for half, then tumors, that causes a fifth of all deaths, etc.

She expects that these dominant causes of death will continue to grow as there will be more and more old people, who will die in higher numbers from these diseases. Miric states that this can be partly attributed to the pandemic, since these patients are not a priority due to the overload of the health system, which all affects the increase in mortality and other death causes not related to COVID.

"The negative trend is just continuing and will continue, which does not indicate anything positive. These negative trends have deepened and the question is how much can be done and whether it can be influenced at all. The forecasts are not good," said Miric, adding that, in addition to births and deaths, we also have population migration.