Interior Minister Nebojsa Stefanovic said on Wednesday that Serbia is "taking excellent care" of the migrants in its territory. 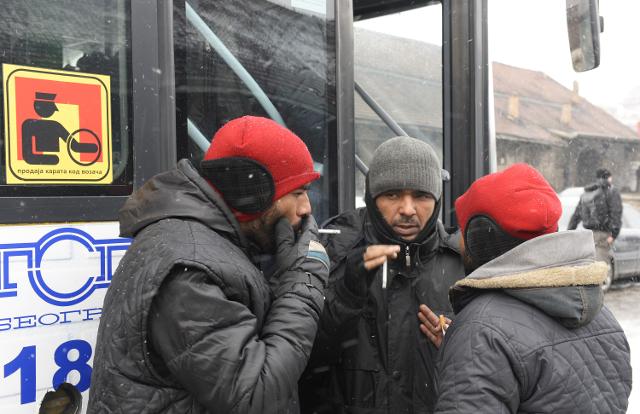 He also accused "certain NGOs" of "inciting refugees against the Serbian government."

"They come to the parks where migrants gather every morning and tell them they will be deported if they board one of the buses," minister said, referring to the buses that migrants can use to go to one of the reception or asylum centers instead of staying in the streets and warehouses in Belgrade.

"I know which organizations are behind this and we have already contacted them," the minister told TV Pink.

Stefanovic said there was still room in the reception centers, adding:

"No migrant can be left out in the snow, and the state has to, and will take care of them."

According to him, "millions of migrants" have passed through Serbia without major problems, "which speaks to the excellent organization of domestic services."

So far about 100 migrants have applied for asylum in Serbia, "but their destination are western European states, our country is just a stop for them," Stefanovic said.