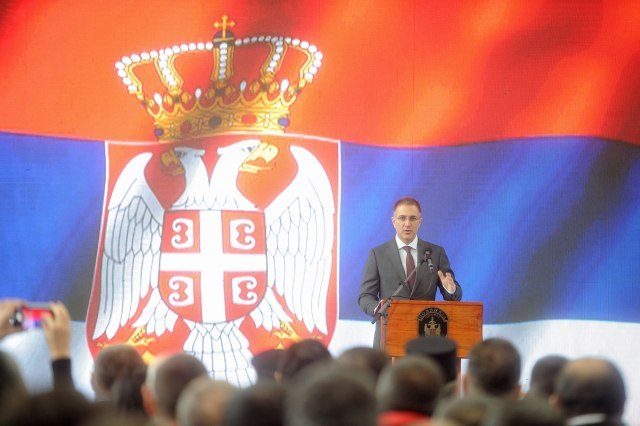 "I would not exclude this possibility. Of course, nobody will admit it, and everyone will deny it now, but yesterday and today in Banja Luka there was public talk about such units coming from Serbia to help Milorad Dodik. I know sources of information, but at this moment I would not speak directly about those sources," he told N1.

Mektic, who is from the Serb Democratic Party (opposition in the Serb Republic), told Vijesti.ba that the events in Banja Luka represent "a dictatorial demonstration of unnecessary force, but also a deliberate action to show that they will deal with everyone who does not think the way that is in the interest of the regime headed by the SNSD."

"The authorities abused this case in order to show citizens that anyone who thinks differently than what is in the interest of the ruling regime will receive a brutal response by the police, as they demonstrated in Banja Luka yesterday with a finger on the automatic rifle trigger, pulling pistols and the like at the citizens who spontaneously found themselves on the Krajina Square," said Mektic.

He assessed that the police action was a message to all citizens who opposed the "dictatorial ideology" in any way.

Serbian Deputy Prime Minister and Interior Minister Nebojsa Stefanovic reacted to this by saying that the Bosnia-Herzegovina (BiH) security minister's claim was "more than scandalous."

"In addition to the fact that both the Ministry of Interior and the president of the Republic of Serbia completely denied any participation of our officers in the events in BiH, I will recall that Mektic, as minister of security, has control over the border police, so he can certainly know who enters and who leaves BiH," Stefanovic said in a statement to Tanjug.

Consequently, he thinks Mektic's behavior is "completely not well-meaning" toward Serbia and the citizens of Serbia.

"It is obvious that this statement aims to create further instability in the region and disturb relations between the Serb people living in Serbia and in the Serb Republic. As interior minister of the Republic of Serbia, once again I completely reject the claims that any member of the Ministry of Interior participated in events in Banja Luka, because Serbia does not interfere in the internal affairs of other states and entities," Stefanovic said.

Serbian President Aleksandar Vucic earlier also denied claims that members of the Serbian Ministry of Interior helped the police in the RS as they intervened on Krajina Square in Banja Luka on Tuesday.