Tensions on Kosovo and Metohija; A member of Kosovo Police injured; "It's boiling"

In the northern part of Kosovska Mitrovica, after last night's raid by the special units of the Kosovo Police, it is calm. 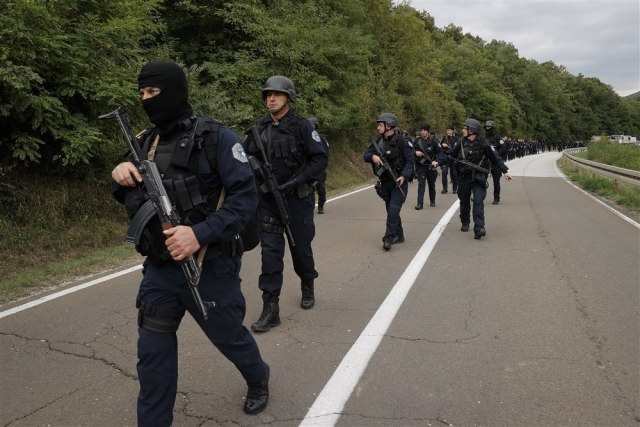 There were no incidents, the gathered citizens dispersed, but it was tense, reports RTS.

Just to reiterate, around 300 members of Kosovo special forces (KSF), accompanied by numerous armored vehicles, entered the northern part of the city last night from the direction of the southern part of Kosovska Mitrovica.

The so-called the Kosovo police announced that they will reinforce their presence in the north of Kosovo in the coming days and stated that this is in order to maintain public order, reported Gazeta Express. In a statement last night, Kosovo Police stated that among its main goals are the maintenance of public order, guaranteeing safety, and protecting the lives and property of all citizens without distinction.

President of Serbia: No surrender!

"It all seems normal, but the situation is critical"

The Vice-President of the Serbian List, Igor Simić, said that since this morning the situation in the northern part of Kosovska Mitrovica is "calm but tense". Simic told Radio and Television of Serbia that some of the units of the Kosovo Police that entered the northern part of Kosovska Mitrovica last night are still deployed on the outskirts of the city.

"Another sleepless night is behind us because of Pristina's attempt to occupy the north of Kosovo and Metohija. To someone from the outside, it may seem that the situation is normal since this morning, but it is boiling here," said Simić.

He assessed that there were no destabilizing circumstances that would justify sending the police to the north of Kosovo. "The plan of (Prime Minister of the Government of the so-called Kosovo) Albin Kurti is clear, to put such pressure on the Serbs so that they withdraw from these areas," Simic said.

He added that the Serbs from the north of Kosovo and Metohija will do "everything to preserve the peace", but also assessed that it is not possible to predict the future moves of Pristina.

A member of the Kosovo police was slightly injured last night when armed persons attacked a patrol in the area of Zvečan municipality. Referring to the statement of the Kosovo police, the KosSev portal reported that the incident happened around 11 p.m. in the village of Srbovac.

The police stated that "persons armed with long guns" attacked the patrol from an Audi vehicle with KM license plates. The injured policeman was given medical assistance, and the police car was seriously damaged in the incident.

Members of the Kosovo police entered the northern part of Kosovska Mitrovica last night, it was announced that this was done in order to "strengthen the presence" in ethnically mixed settlements.