Vučić addresses the public? "The president cannot come to terms with that..." VIDEO 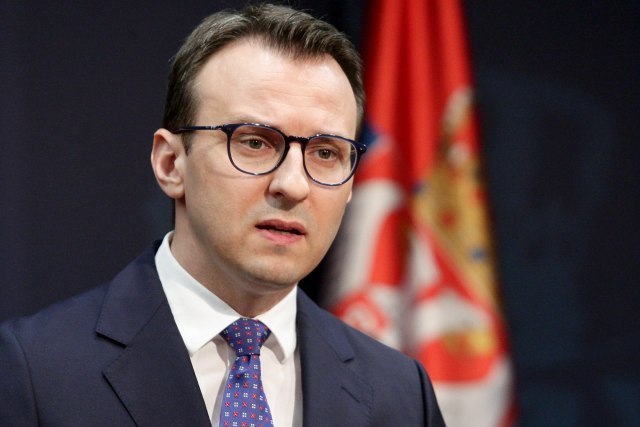 Yesterday, Petković was in Brussels with the President of Serbia, Aleksandar Vučić.

According to him, Vučić will address the public on Sunday at 1:30 p.m., after a meeting with Serbs from Kosovo. "President cannot come to terms with the fact that we have conflicts, that we do not have a compromise, we are working day and night to find a solution," said Petković.

"On Sunday, the president will talk about everything, dialogue, proposals, the behavior of Kurti, as well as our desire to preserve peace and stability, the lives of our citizens in Kosovo and Metohija," said Petković.

He pointed out that right away from Brussels, Vučić scheduled a meeting with political representatives from the Republic of Kosovo for Sunday at 11 a.m. in the Palace of Serbia. Petković added that Vučić will then have a telephone conversation with the President of Azerbaijan, with whom he will discuss the purchase of electricity under fair conditions. Then, as he said, Vučić will address the nation.

He pointed out that Vučić has been talking to his associates since this morning and continues to work with the Serbian negotiating team on finding compromise solutions.

"About yesterday and everything that happened yesterday, Vučić reported this morning to the Prime Minister as well as to several officials in the Government of the Republic of Serbia. With that, literally after returning from Brussels, we began our day and night work on finding a solution to preserve peace and stability. Our race with time starts today, how to ensure a better life and peace for Serbs in Kosovo and Metohija, to avoid conflicts and to continue the development and progress of our entire country, in addition to all the problems and difficulties, in addition to the almost impossible conditions created by Albin Kurti," Petković said.

He points out that all possible solutions are being considered that will be in the interest of the Serbian people in Kosovo and Metohija and that will not trample on the interests of our country, and will go in the direction of a compromise solution.

"That is the reason why I am addressing you today, and not President Vučić, who will address the public on Sunday at 1:30 p.m. from the 'Serbia' Palace. We need another side that must agree and move in the direction of compromise solutions," said the director of the Office for Kosovo and Metohija. Petković also said that Vučić defended Serbia's position in Brussels and looked for compromise solutions to preserve peace, but also that he knew how to answer the representatives of the international community and Albin Kurti in a calm and wise way.

"After an extremely difficult day in Brussels, it seems almost the hardest day in the last eleven years that the negotiations have been going on, we have continued our talks since this morning. President Vučić and his colleagues have continued to work hard and diligently on finding compromise solutions about yesterday in Brussels. This morning, he reported to the Prime Minister as well as several officials in the Government of Serbia. With this, after returning from Brussels, we began our round-the-clock work in the hope of preserving peace and stability. From today, our race against time begins, how to in addition to all the problems and difficulties as well as the impossible conditions created by Albin Kurti, ensure a better life and peace above all for the Serbs in Kosovo and Metohija, avoid conflicts, but also continue with the development and progress of our entire country," said Petković.

He added that numerous representatives of the international community acknowledged that the delegation from Belgrade was dedicated and looking for solutions, and that everyone clearly saw how constructive Belgrade was, coming up with proposals and solutions and was ready to agree, while there was no readiness and the complete rejection on the part of Pristina, that is Kurti.