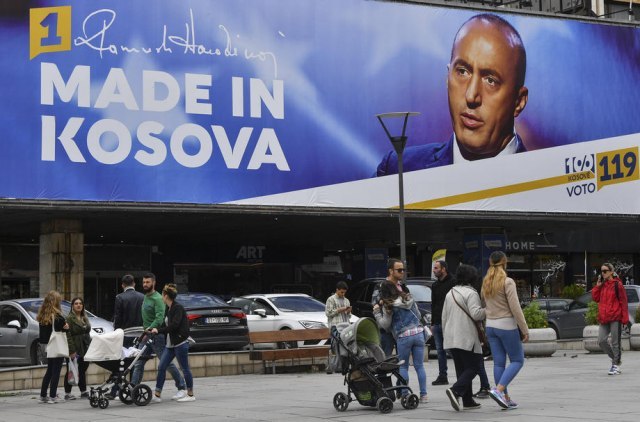 Meta said Haradinaj was a "living hero for all Albanians" and Rama "a great shame", Gazeta Express reported.

"This is not a new situation. It is clear to all Albanians, his mission is misleading. I have followed his games, he has already crossed the border and the red line, he has exaggerated a lot, he provoked Haradinaj," Meta said regarding Rama's assessment that Haradinaj's attacks on Kosovo's Prime Minister Albin Kurti are shameless.

"Ramush Haradinaj may have 500 problems as a politician, however, Haradinaj is a living hero for all Albanians. While 'Bilal's wife' is a great shame and he should no longer deal with Haradinaj's family and character, as there are nearly 40 graves in Haradinaj's family's yard of his 40 siblings who gave their lives for Kosovo's independence. So, Rama should stop provoking him on behalf of his bosses in Serbia as he can get a response from Albania", Meta said.

He added that playing "such games" could no longer be accepted.

"Kosovo's leaders have an obligation to cooperate with him and with his allies. We have no obligation to separate them," Meta said.

Rama had previously stated that Haradinaj's attacks on Kurti are shameless, adding that "Kurti can be anything but never a servant of Serbia".

"Without any shame, Ramush started to denigrate Albin Kurti! Albin can be anything but not a servant of Serbia! I wish you had not succumbed to the attacks over the abolition of tariffs that destroyed Kosovo's international reputation and victimized Serbia in the eyes of the world," Rama wrote.

In response to Rama, Haradinaj said the Albanian prime minister's reaction was understandable because he "blocked the plan for the partition of Kosovo".

"Edi Rama's frustration is understandable to me. I know he cannot forgive me for thwarting the Greater Serbia plan. Edi Rama, after returning from Moscow, wastes no time but pursues Lavrov's advice," Haradinaj wrote on his Facebook account.