Swedish Prime Minister Stefan Lofven, who arrived in Belgrade late on Monday, on Tuesday received a ceremonial welcome in front of the Palace of Serbia. 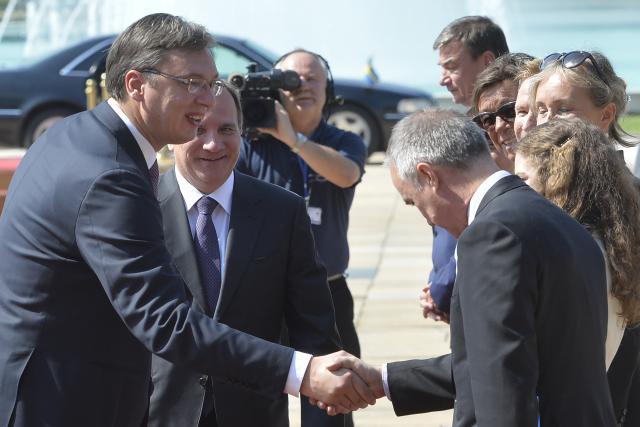 Lofven was welcomed by his Serbian counterpart Aleksandar Vucic, with whom he yesterday evening visited some of Belgrade's landmarks.

The Serbian delegation that took part in the ceremony this morning included Minister of State Administration and Local Self-Government Ana Brnabic, Minister without Portfolio in charge of EU integration Jadranka Joksimovic, and Economy Minister Goran Knezevic.

Lofven was greeted with the honor guard, while the ceremony included the sounding of the national anthems of Sweden and Serbia.

The two prime ministers then walked down the red carpet.