Grenell and Vucic rescheduled the meeting

Special Envoy of the US President Richard Grenell discussed the new situation with the President of Serbia, Aleksandar Vucic, after the indictment against Thaci 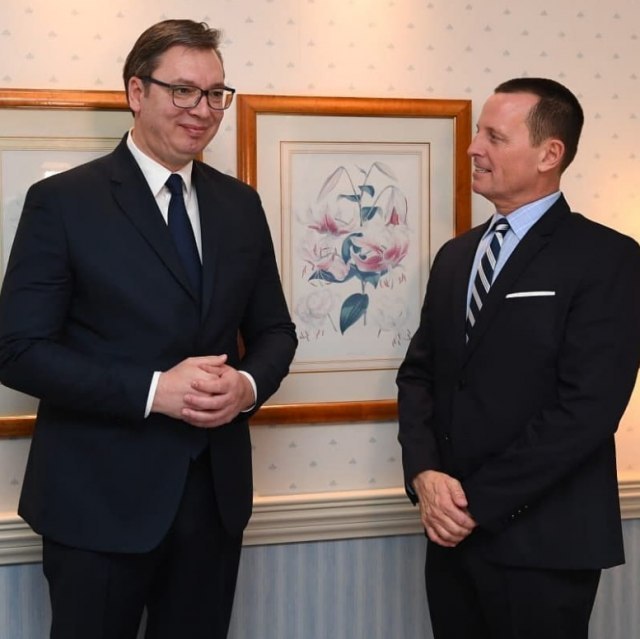 "In consultation with President Vucic, Grenell, after the cancellation of the Albanians, decided to postpone the meeting", the Cabinet of the President of Serbia told Tanjug.

The American official has not yet commented on the development of events related to the publication of the indictment against Thaci, Kadri Veseli and others before the Special Chamber of the Court in The Hague.

He first stated that he would gladly host Prime Minister Hoti, instead of Thaci, and after Hoti's decision that he could not come to Washington, he announced on Twitter this afternoon that the meeting is postponed and that he would soon propose a new date.