Prime Minister Ana Brnabic started her official visit to the Czech Republic on Monday, at the invitation of her Czech counterpart Andrej Babis. 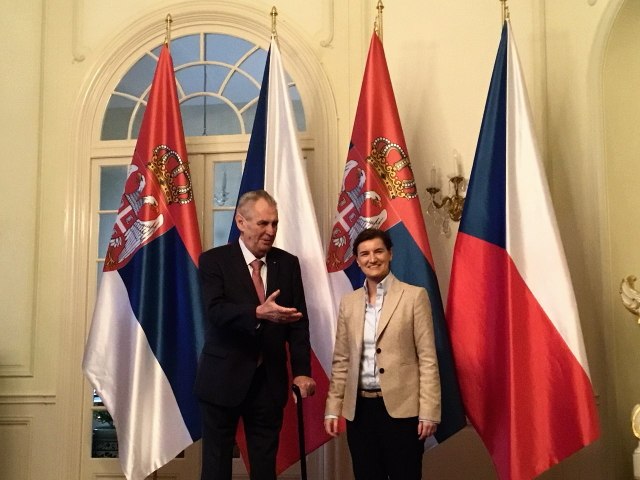 The agreement was signed by the finance ministers of Serbia and the Czech Republic, Sinisa Mali and Alena Schillerova.

Serbia will pay the debt - dating back to Yugoslavia and Czechoslovakia and worth a total of USD 32.8 million - with a single USD 9.8 million payment, Beta agency reported.

Prague announced today that the portion of the debt that was written off will be counted toward the Czech Republic's official contribution to developmental aid given to Serbia.

Brnabic later in the day met with Speaker of the Chamber of Deputies of the Czech parliament Radek Vondracek, who organized a working lunch in her honor, the Serbian government said.