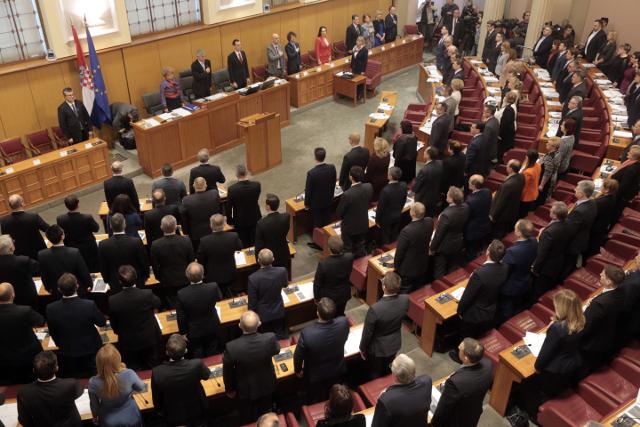 Juretic attended Crnoja's takeover ceremony that included a religious ritual of blessings and consecration of the premises, performed by the Roman Catholic bishop of Sisak.

Tomislav Mercep, who is accused of committing war crimes during the 1900s, also attended this ceremony.

Crnoja was presented with a crucifix, which he "promptly installed above a plasma TV set in his cabinet," said the report.

Croatia's new government was sworn in on Friday.