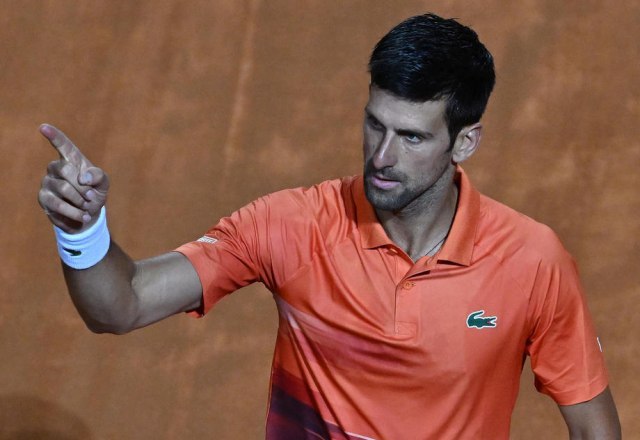 In the quarterfinals, he defeated Felix Auger-Aliassime with 7: 5, 7: 6 (1) and thus secured No. 1 position on the ATP list.

Novak says that he could have finished the match earlier, but that it was still good.

"It was high-level tennis," Djokovic said in an interview after the match. "I know Felix well. He's been around the top of the men's game for quite a few years," Djokovic said of his worthy opponent.

"He's got a lethal serve, honestly... He's hitting his spots in the box incredibly well with the serve, and it was not easy for me at all to return. He's also returning well, he's moving well. He's a very complete player. It's one thing to train and another thing to play an official match against him”, Novak says.

He had twice the opportunity to serve for the set and the match, but the Canadian showed great resistance then.

"I thought it was high-level tennis," Djokovic said in an interview after the match. "He did ask me to raise the level and I had to play consistently well. I thought I could have finished the job earlier... but credit to him for fighting back. Amazing atmosphere as well tonight".

Novak Djokovic will play for his

On Saturday, Novak Djokovic seeks his 1.000th tour-level win when he meets Casper Ruud in the semi-finals. Should he advance to the final, he will chase a record-extending 38th ATP Masters 1000 title Sunday, one week prior to his 35th birthday.

"It would be a jubilee victory, I hope. Great quality opponent again," Djokovic said about Ruud. "Clay-court specialist, but he has improved a lot in other surfaces, played the final of Miami this year. Just a very hard worker, nice guy. We practice a lot and get along well off the court. Tomorrow obviously on the court we want to win against each other, no doubt... Hopefully I can play as well as I did tonight. If that happens, I have a good chance to win," Djokovic concluded.