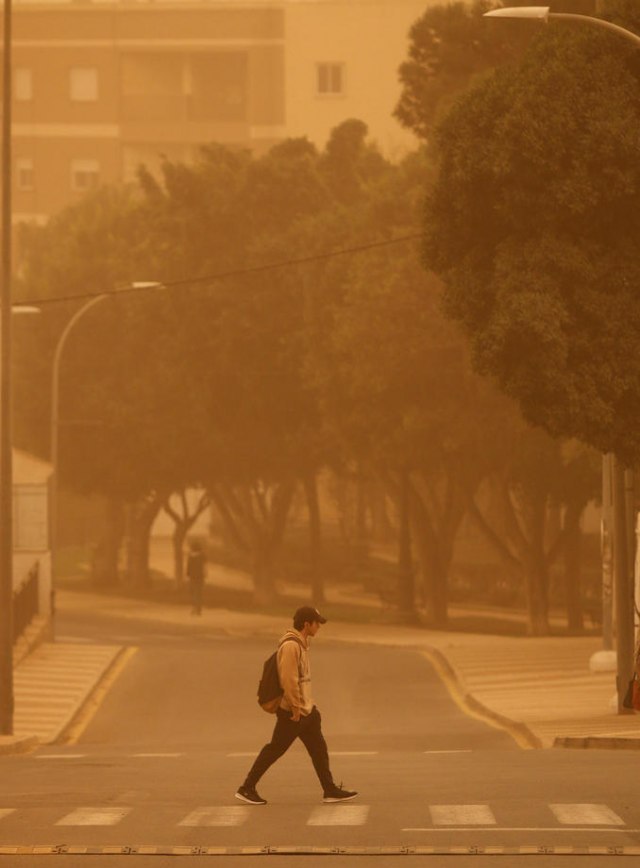 Experts, as Blic writes, still claim that this is just a natural phenomenon that mostly occurs in spring and autumn, and we see it several times a year. The solar wind is a stream of charged particles released from the upper atmosphere of the Sun. The solar wind varies in density, temperature and speed over time and over solar latitude and longitude. Its particles can escape the Sun's gravity because of their high energy resulting from the high temperature, which in turn is a result of the coronal magnetic field.

"It is a southern and southwestern current that comes from North Africa and transports Saharan sand in the middle and upper layers of the troposphere under the influence of gusts or strong winds and when water vapor condenses, it is excreted with rain and we see it most often on cars, laundry, terraces, windows", said Goran Mihajlović, assistant director of the Republic Hydro-meteorological Institute.

Although it is dirty, yellow or red to the eye, it is even called the "solar wind". Can it be dangerous to health if we are out for a long time while it is raining?

Mihajlović, on the other hand, believes that there is no danger and that this is a natural phenomenon and is not dangerous for human health in that sense. The sun sends all the chemical elements to the earth. The particles of this sand are small, micron, their size is between five to 10 micrometers and they can contain iron.

On the other hand, some experts are of the opinion that increased solar activity disinfects the atmosphere and that one of the reasons for the corona pandemic outburst was extremely low solar activity.