BELGRADE -- According to the latest data, 7.723 newly infected with coronavirus have been registered in Serbia.

BELGRADE -- According to the latest data, 7.723 newly infected with coronavirus have been registered in Serbia. 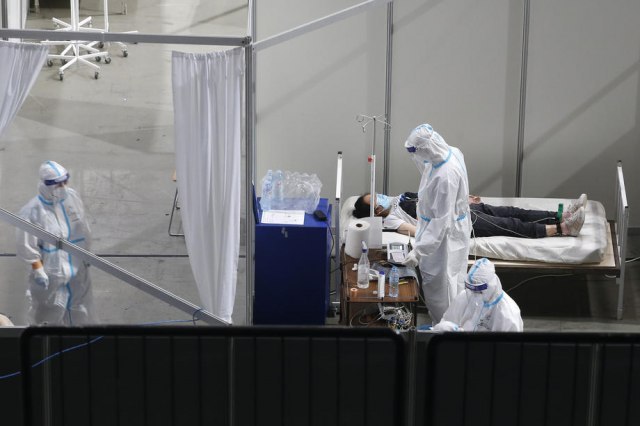 3.211 people were hospitalized, and there are 156 patients on the respirator.

"Nothing can harm us"

Epidemiologist and member of the Crisis Staff, Dr Predrag Kon, said earlier that he sincerely hopes that COVID passes will be introduced. He pointed out that the City Institute for Public Health has launched an initiative that those people who are protected or who have confirmed by testing that their findings are negative should gather.

Speaking about holding festivals and mass events during the summer, Kon said that nothing was wrong and that he believes that the decision was made by most people at the national level, such as a referendum, not to respect the measures, although a good part of people respect them.

"The dominant attitude is that it is pointless to wear masks, the dominant attitude is that we should not be vaccinated. We have a need to say that 'nothing can harm us, we are stronger than fate', that is our motto and in that alleged strength we forget that we have a very powerful weapon with which we can protect ourselves, and on the other hand, we bury our heads in the sand, as if nothing is happening, we don't see people dying, we don't see health workers being overburdened and exhausted", Kon emphasized.

Giving up one measure for schools is being considered

The recently adopted model according to which teaching in the school should take place proved to be too strict after only two weeks, according to the opinion of the authorities.

"The proposal of the Crisis Staff is to relax measures when one or two students are infected - in which case the whole class does not go online. As it was stated at the Crisis Staff, schools have so far proved to be a safe place," Prime Minister of Serbia, Ana Brnabić, said after the session of the Crisis Staff held on Saturday, September 11.

COVID passes have proven to be effective

The Minister of Labor, Employment, Veterans' Affairs and Social Affairs, Darija Kisić Tepavčević, who is also a member of the Crisis Staff, stated earlier today that COVID passes have proven to be effective in stimulating people to get vaccinated in the countries where they were introduced.

"We are thinking in that direction, especially when it comes to visiting those facilities that we do not need to go to, and if we already want to, we must put ourselves and our surroundings at the lowest possible risk of infection," Kisic Tepavcevic told reporters after the meeting with the Minister of Health and Social Welfare in the Republic of Srpska, Alen Šeranić.