PODGORICA -- The President of Montenegro, Milo Djukanovic, offered the Serbian Orthodox Church to suspend the implementation of the Law on Freedom of Religion

PODGORICA -- The President of Montenegro, Milo Djukanovic, offered the Serbian Orthodox Church to suspend the implementation of the Law on Freedom of Religion 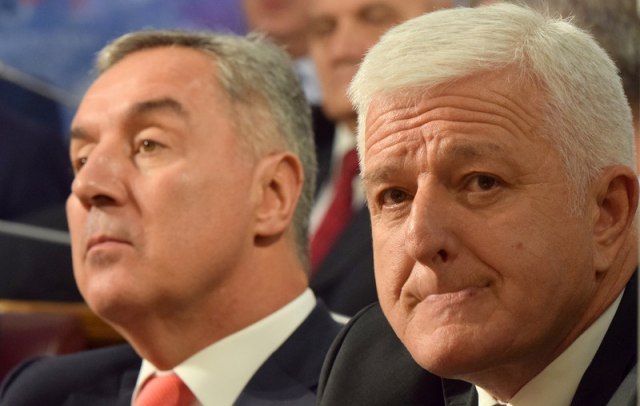 Montenegrin Prime Minister Dusko Markovic announced this morning that he and Montenegrin President Milo Djukanovic recently proposed to the Metropolitan of Montenegro and the Littoral of the Serbian Orthodox Church (SPC) Amfilohije to suspend the application of the Law on Freedom of Religion until the Constitutional Court and the European Court of Human Rights rule their decision, but that the Metropolitan, in spite of that, called for the continuation of the liturgy.

"As you know, and as I told the public, on several occasions I responded and met with Metropolitan Amfilohije, on the occasion of the Law on Freedom of Religion and other important issues that arose in the relations between the state and the Orthodox Church. This was also the case a few days ago, when we, Metropolitan Amfilohije and Bishop Ioanikije, responded to the invitation of President Milo Djukanovic, as the highest representatives of the executive power in Montenegro. That meeting was a confirmation of our respect for the Metropolitanate and other dioceses of the Serbian Orthodox Church, but also a confirmation of our lasting commitment to conduct a dialogue and seek common and best solutions. The conversation we had was meaningful, long and constructive, and ended with clear proposals that President Djukanovic and I announced, and whose goal is to get out of the current situation that burdens the overall social environment. Specifically - the Government was ready to suspend the implementation of the Law on Freedom of Religion until a decision on its correctness is made by the Constitutional Court of Montenegro and the European Court of Human Rights in Strasbourg. "At the same time, we offered and proposed the continuation of the started negotiations at the expert level for the next week, for which the Government team was preparing during the previous period," Prime Minister of Montenegro, Dusko Markovic said.
He added that a different reaction followed from the other side.

"Unfortunately, on the other hand, the response was Metropolitan Amfilohije's call to organize liturgies, which is interpreted as a continuation of misunderstandings and confrontations that we do not want in the government, because they hinder our civic harmony and prosperity. In addition to rejecting dialogue, and therefore chances to find a sustainable solution, the Serbian Orthodox Church continues to violate the law at every opportunity, even when it comes to the established practice of illegal construction within church properties, and outside them", Markovic stated. Markovic said that Montenegro is a democratic society of European and Euro-Atlantic values in which public gatherings are allowed as long as they do not endanger the rights of others, and added that the Government will ensure their realization in accordance with the law and current rules.

"Therefore, the announced liturgies must be organized in a way that implies the implementation of epidemiological measures and recommendations, while respecting the health and lives of all citizens, and all in the spirit of equal application of the law, which is a standard that binds every individual and every collective." Along with the call to respect law, the Metropolitanate and the dioceses of the Serbian Orthodox Church still have the opportunity to jointly seek solutions in the best interests of Orthodox believers within the dialogue and legal system of Montenegro. Our intention is to leave an environment and legacy that will not be a burden to future generations, seeking for a solution, without any blackmail and pressure. And until that happens, the laws will apply to everyone in Montenegro, including the Serbian Orthodox Church and its believers", Markovic concluded in an address to the public.